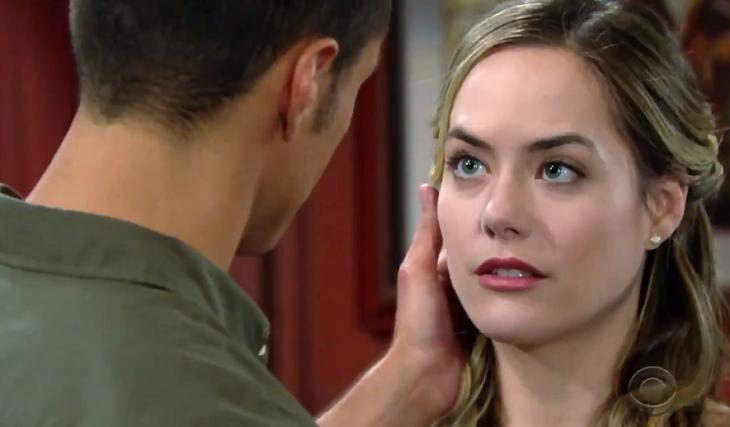 The Bold and the Beautiful spoilers for Tuesday, June 18, tease that Hope Logan (Annika Noelle) will get a big surprise. Brooke Forrester (Katherine Kelly Lang) just spent some time warning her daughter about Thomas Forrester’s (Matthew Atkinson) apparent obsession with her. Hope doesn’t really see a problem with Thomas’ behavior, but her mother’s warning gave her some pause.

But on Tuesday’s episode, something will happen that may make Hope realize that her mother has a good reason to be concerned about Thomas.

According to B&B spoilers, Hope will be minding her own business when Thomas surprises her with a generous gift. And it won’t be just any old gift.

Thomas, who will want to demonstrate for Hope just how much she means to him, will give Hope a Forrester Original design. B&B spoilers say that Hope will be stunned and totally taken aback, and she will probably have her mother’s words running in the back of her head about Thomas being on the unstable side.

But Thomas won’t stop there. He’ll once again tell Hope how much he cares about her and he’ll offer her a big smooch. We’ll see what Hope concludes based on Thomas’ behavior. Will she start to see that Brooke is right and she should keep her guard up?

Meanwhile, on Tuesday’s new episode of B&B, Wyatt Spencer (Darin Brooks) will get a bright idea. He’ll think that Florence “Flo” Fulton (Katrina Bowden) is too stressed about Hope and Liam Spencer’s (Scott Clifton) split, and he’ll want to show her that everything is OK.

Bold And The Beautiful Spoilers – Organizing A Get-Together

Plus, now that Flo is a part of the Logan family and is dating Wyatt, Wyatt will figure that she and Steffy Forrester (Jaqueline MacInnes Wood) should get together and face the fact that they’re always going to be a part of each other’s lives. B&B spoilers say that Wyatt and Liam will organize a get-together between themselves, Steffy, and Flo.

But according to B&B spoilers, both Flo and Steffy are going to push back against the idea. Flo probably won’t like the idea because of the terrible guilt she feels over knowing that Phoebe Forrester (River Davidson and Madeline Valdez) is actually Beth Spencer. Flo won’t like having to pretend like she’s Phoebe’s birth mother again.

The Bold And The Beautiful Spoilers: Thomas Changes His Tune – Demands Xander Keep His Mouth Shut About Beth https://t.co/0v79CnnKEn pic.twitter.com/sbMJucyT7m

And Steffy will probably push back against the idea because she’ll think it might be awkward having Flo around Phoebe. But regardless of how the ladies feel about the whole thing, B&B spoilers say that Wyatt and Liam will get their way and the get-together will indeed occur later this week.