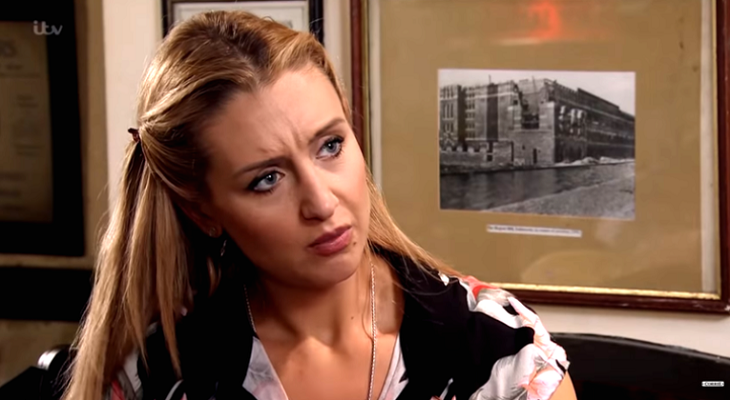 Coronation Street comings and goings indicate that actress Catherine Tyldesley (Eva Price) might be making her way back to the cobbles very soon. Catherine first debuted in the role back in 2011 until last year.

According to The Sun, Tyldesley has taken a much needed and extended break from the canvas to be with her daughter Susie but says that she’s now ready to come back to work. She told the publication: “I’d go back if the time was right and storyline was right.”

Tyldesley will also be seen next in ITV’s Scarborough alongside actor Jason Manford. The actress says that she’s very glad she didn’t find fame until well into her late 20s. In fact, she says that the older she gets, the easier it is for her to deal with all of the online criticism, especially when it comes from anonymous trolls.

Coronation Street Spoilers – Trying Her Hand As A Singer

“I was very lucky,” she explained. “It’s a lot harder when you’re younger to ignore the trolls and negative comments. They can tear you to pieces. It can be heartbreaking if you’re not confident.”

If that weren’t enough, Tyldesley also said that she’s been trying to break into the music world as well. If she does end up being a singer, she will most likely follow in the footsteps of Sheridan Smith, who has had success both on the stage and the screen.

“You never know which way it’s going to go, I just hoped casting directors would remember me and I have a great agent which is half the battle,” Tyldesley said. “I wanted variety and to do theatre, film, like Sheridan Smith, she ticked every box, If I get chance to experience that, that’s great.”

Tyldesleyalso said she has been enjoying her work on Scarborough, which is a new six-part sitcom written by Darren Litten. If Tyldesley does end up coming back to Coronation Street, there’s a good chance that she might pull in double duty on both shows.

“It’s one of my favorite ever jobs, it’s very nostalgic. Scarborough is shown in its true charming light, the wonderful people you get there – it’s a very welcoming place.”