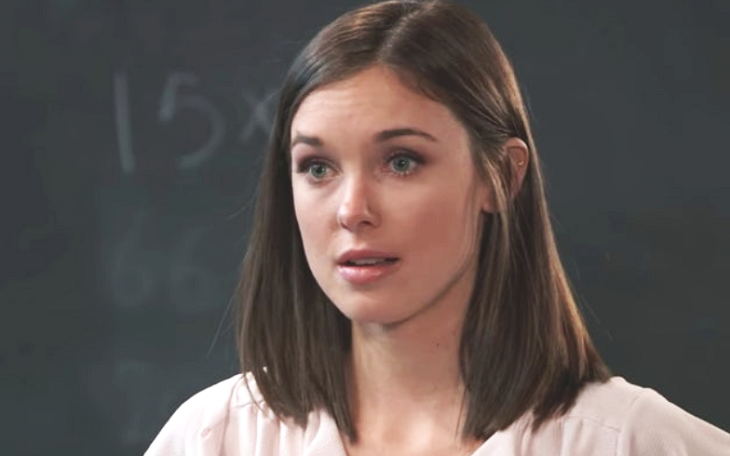 Willow Tait, played by actress Katelyn MacMullen, made her General Hospital (GH) debut on October 18, 2018. Since that time, Willow has definitely had a huge influence on Port Charles and its residents.

The following are five facts you need to know about GH’s Willow Tait.

Willow Tait is a schoolteacher at Port Charles Elementary. Her students include Aiden Spencer, the son of Lucky Spencer and Elizabeth Webber, as well as Charlotte Cassadine, the daughter of Valentin Cassadine and Lulu Spencer-Falconeri.

In April of 2019, it was revealed that Willow Tait’s real name is Kali Miller. She is a former member of the Dawn of Day Cult. Kali Miller changed her name to Willow Tait, in 2017, after she left the cult.

In April of 2019, it was also revealed that Willow’s mother is, in fact, Harmony Miller. Harmony’s birth name is Lorraine Miller. Harmony is currently a member of the Dawn of Day Cult and the head of the Dawn of Day House in Beechers Corners. It was also revealed that Harmony and Willow had a relationship with the same man- David Henry “Hank” Archer, also known as Shiloh.

With Wiley's safety from Shiloh at stake, is Diane willing to do what Willow's asking of her? @carolynhennesy
A dramatic, new #GH starts RIGHT NOW on ABC! #KatelynMacMullen pic.twitter.com/Jcn57otXeK

Things get kind of confusing here. Willow gave birth to her son Wiley on July 25, 2018. The father of the baby is Shiloh, the current leader of the Dawn of Day Cult. In the best interest of the baby, Willow made the decision to give her baby up for adoption. The baby was adopted by Bradley “Brad” Cooper and Lucas Jones. Wiley died a day after he was born from Sudden Infant Death Syndrome (SIDS). Wiley was switched at birth, by Nelle Benson, with Jonah Corinthos, the son of Nelle Benson and Michael Corinthos.

What do you think GH fans, do you enjoy the character of Willow?  Do you prefer Willow with Michael Corinthos (Chad Duell) or Harrison Chase?