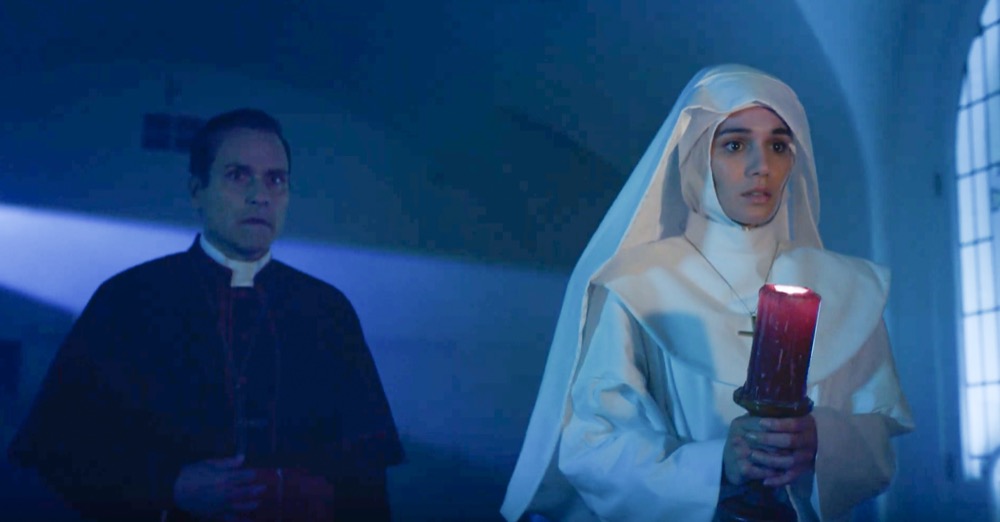 General Hospital star Maurice Benard (Sonny Corinthos) recently opened up about his new role. The multi-talented actor stepped out of his realm to play a rather different character in his upcoming movie, Nightmare Cinema. And yes, it’s not like anything you’ve ever seen Maurice in before. Here’s what you need to know.

Maurice plays a character by the name of Father Benedict and apparently, he’s nothing like Sonny Corinthos in Port Charles. In other words, he’s actually one of the good guys! Nightmare Cinema is actually an anthology that features five short films and five strangers who are forced to watch their deepest, darkest fears play out before them in an abandoned theater. Just thinking about it already gives us the creeps! And yes, Maurice himself admits that this is the kind of movie that you won’t want to watch with the lights off if you know what we mean.

Speaking to ABC Soaps in Depth, Maurice says, “No joke: It is freaky. It is also campy and fun. The cinematography is really just out of this world, so it isn’t cheesy…. But it is over the top. I think you will dig it. Plus, you have never seen me play a priest.”

So excited @MauriceBenard movie, Nightmare Cinema comes out this Friday and his book next year! pic.twitter.com/LaSET5CGbK

Maurice added, “I’ve played cops and Mafia guys. This guy is different. He’s a priest and a good guy, so it’s a different energy. I’m not playing a bad guy or Sonny, where I go in and say, ‘Yo, I’ll kick your ass, man!’”

We will admit that we are feeling pretty intrigued already! And here’s an added bonus: Nightmare Cinema also stars Mark Grossman, who many fans recognize as the new Adam Newman on The Young and the Restless. Sonny and Adam sharing the screen together in one movie? Even if psycho thrillers aren’t your cup of tea, you won’t want to miss this movie. The movie comes out on June 21 in select cinemas nationwide and on demand and has so far been called one of the best horror films of the year. Needless to say, you will have to see it to believe it yourself!