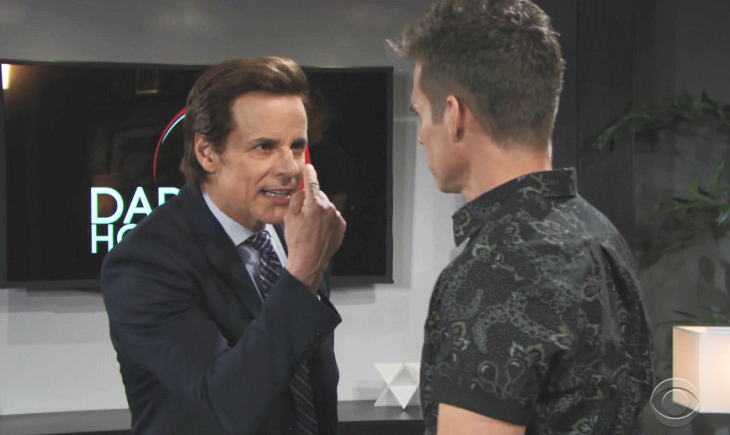 Last week on The Young And The Restless (Y&R) Phyllis Summers (Michelle Stafford) made her escape from the room she was locked up in and headed for Las Vegas, presumably to dig up dirt on Adam Newman (Mark Grossman).

Kevin Fisher (Greg Rikaart) completely panicked. After kidnapping Phyllis, he came upon the empty room and open window and realized she was gone. Even though Adam said he didn’t care what happened to Phyllis, Kevin still had some hope, but he has zero to bargain with now.

Adam admitted he is holding Chloe Mitchell (Elizabeth Hendrickson) hostage, so Kevin is in a bad position. Plus, in last week’s Y&R cliff-hanger, it looked like his brother Michael Baldwin (Christian LeBlanc) had found out he’s been up to no good.

Meanwhile, Victor Newman (Eric Braeden) gathered his children together to give them his awful news – he has been diagnosed with a deadly blood disease. They reacted pretty much as we expected they would.

Abby Newman (Melissa Ordway) was angry that she’s always the last Newman to know anything. Victoria Newman (Amelia Heinle) immediately assumed she would take over for Victor as CEO at Newman Enterprises.

Nick Newman (Joshua Morrow) told his father he wants nothing to do with Newman but will help him fight his disease. And Adam was offered the job of CEO, turned Victor down flat and proceeded to tell Victoria she was free to grovel for the position now.

And last but never least, Traci Abbott (Beth Maitland) treated her mother Dina Mergeron (Marla Adams) to some chapters from her new book. Y&R viewers were also shown more of the film noir version of the tale, which now includes Victoria and Billy Abbott (Jason Thompson).

Dina clearly loves Traci’s story and even became visibly upset when a mysterious man hit Flynn (Daniel Goddard) over the head and dragged him away. “This is terrible!” Dina cried.

The film noir aspect and Dina’s delight at hearing the tale have been some of the sweetest scenes on Y&R in months. I am looking forward to seeing much more of this story come to life and I hope the mother and daughter bonding scenes between Traci and Dina will continue.

Do you think Phyllis will dig up some good dirt on Adam? And what do you think will happen to Chloe? Let us know in our comments section.