Young and the Restless Spoilers: Sharon On The Verge Of A Breakdown Due To Adam’s Return? 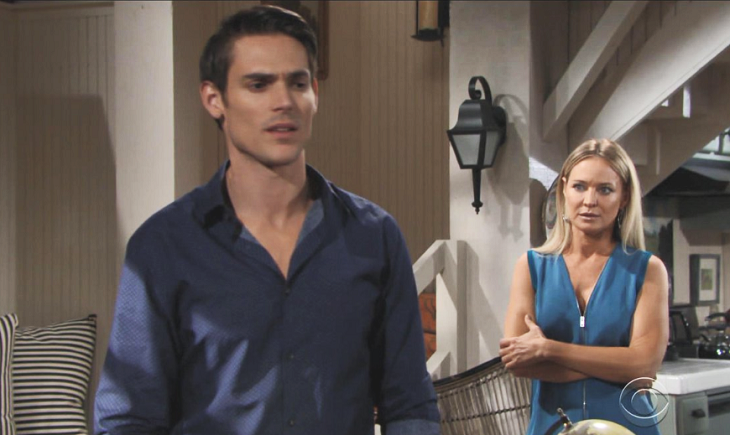 The Young and the Restless spoilers indicate that Sharon Newman (Sharon Case) will suffer a breakdown due to Adam Newman’s (Mark Grossman) return.

As Y&R fans are well aware, Sharon suffers from bipolar disorder. Her behavior has caused her to do some erratic stuff, including burning down the Newman ranch and switching Summer Newman’s (Hunter King) paternity results.

Throughout the years, she’s been admitted to facilities to seek treatment for her condition. Sharon has managed to get her life back on track. She graduated from college, she’s owner of the coffeehouse Crimson Lights, and she has a new man Rey Rosales (Jordi Vilasuso).

But the return of her ex-husband Adam has Sharon fans worried about her state of mind.

Adam has already stirred up trouble between Sharon and Rey. The couple are at odds over Sharon’s loyalty to Adam despite the horrible things he’s done to her. Sharon is convinced Adam’s changed and is defending him. Meanwhile, Rey is working with Nick Newman (Joshua Morrow) to spy on Adam and protect the Newman family.

While Sharon’s loyalty towards Adam has fans clamoring for a Shadam reunion, others want their favorite heroine to stay away from him. Many Sharon fans believe Adam is a bad influence on her, and they fear Sharon will have another breakdown because of him.

Young And The Restless Spoilers – Revenge Could Destroy Her

Adam seems to care about Sharon, but you have to wonder if his feelings are genuine or if it’s just an act. Adam is set on getting revenge against his family, but will Sharon also be one of his targets?

Adam has done some terrible things to Sharon in the past, including stealing her daughter Faith Newman (Alyvia Alyn Lind), and framing her for the murder of Skye Lockhart (Laura Stone).

If Adam uses Sharon as part of his revenge plan, it’s going to destroy her. Sharon has been a good friend to Adam and she thought he felt the same way, but having him use her as a pawn could drive her over the edge.

Do you think Sharon is headed towards another breakdown because of Adam?