Bold And The Beautiful Spoilers: Thomas’ Shocking Obsession With Hope Continues To Grow 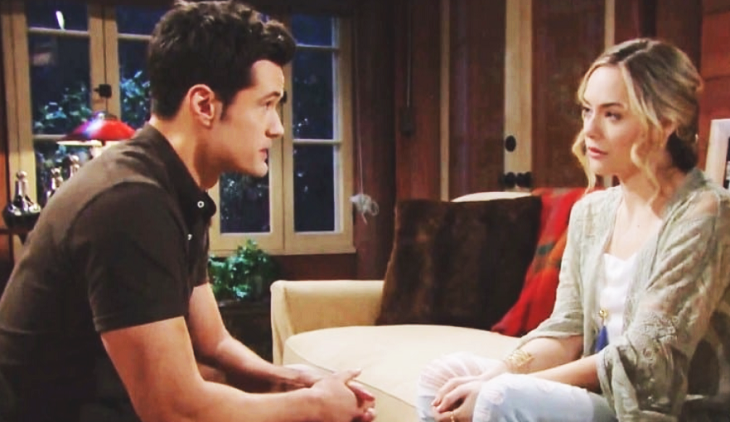 On the Bold and the Beautiful, Thomas Forrester (Matthew Atkinson) will grow more obsessed with Hope Logan (Annika Noelle). As his feelings for her become more intense, Thomas will do his best to keep the secret that Hope’s daughter Beth Spencer, who she believes is dead, is alive and living as Phoebe Forrester (River Davidson and Madeline Valdez) under the care of Steffy Forrester (Jacqueline MacInnes Wood).

Feeling guilty for keeping such a huge secret from the woman he loves, Thomas will give Hope something that he had made just for her. Thomas believes this gesture will prove how much he cares for her while Hope will be floored with what she receives.

Viewers of “The Bold and the Beautiful” may recall that Thomas has been trying to win Hope over for months. He even went as far as trying to break up Hope and Liam Spencer (Scott Clifton).

Now that the pair has finally annulled their marriage, Thomas thinks he now has a higher chance at winning Hope’s heart.

He has even used his son Douglas Forrester (Henry Joseph Samiri) to get closer to her. Recently, Hope kept Thomas’ hopes up when she said that she’ll always be there for Douglas and may even consider getting into a serious relationship with him.

If only it was that easy. Fans of the soap know that Thomas has been hiding a huge secret from Hope and is doing his best to make sure nobody else finds out about it.

Bold And The Beautiful Spoilers – Many Others Know The Secret

Any of these individuals could spill the beans at any time and may result in the much-anticipated reunion between Beth and Hope.

But will Thomas just sit by and allow this to happen? Or will he cross a line and turn deadly just to prevent the secret from coming out? Will someone die? When will Hope find out the truth? And if the truth ever comes to light, how will Hope react to Thomas’ manipulations?