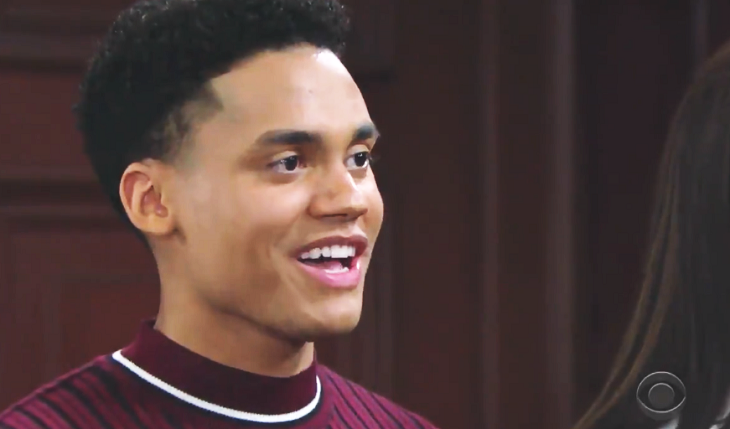 The Bold and the Beautiful spoilers for Wednesday, June 19, tease that Florence “Flo” Fulton (Katrina Bowden) will continue to experience some awkward moments as she, Steffy Forrester (Jacqueline MacInnes Wood), Liam Spencer (Scott Clifton) and Wyatt Spencer (Darin Brooks) have their beach day.

Flo wasn’t thrilled about learning that she was going to spend the day at Steffy’s house, but she got through the first uncomfortable moments with Wyatt’s help.

Bold And The Beautiful Spoilers – Phoebe Definitely A Logan

On Wednesday’s episode, Flo and Steffy will talk a bit about Phoebe and how she’s doing. Although Flo will feel intense guilt over her secret, she’ll be happy to see that Phoebe is in a loving and caring home with Steffy and Liam. And according to B&B spoilers, they’ll share a moment during which they’ll each agree – for very different reasons – that Phoebe is “definitely a Logan.”

Meanwhile, on Wednesday’s new episode of B&B, Xander Avant (Adain Bradley) will blow up in anger. As B&B viewers know, Xander is also privy to the secret about Beth, and he’s not happy about being forced to keep the secret.

But Thomas Forrester (Matthew Atkinson) has threatened Xander, Flo, and Zoe Buckingham (Kiara Barnes) with serious punishment if they spill the secret, and so Xander has reluctantly kept quiet.

Bold And The Beautiful Spoilers – Lavish Gifts For Hope Spencer

But Xander is going to witness something disturbing at Forrester Creations. According to BB spoilers, he’ll see something that makes him realize that Thomas is continuing to manipulate Hope.

Xander might learn that Thomas is giving Hope lavish gifts to woo her, and he won’t appreciate that. As far as Xander’s concerned, the only right thing to do is to tell Hope the truth about her daughter.

So Xander will decide to give Thomas a piece of his mind about his behavior toward Hope. Look for a major argument between Xander and Thomas, which almost certainly means Thomas will once again threaten Xander. But how much will Xander be willing to take before he breaks and spills the secret?