Bold And The Beautiful Spoilers: Wyatt and Liam Push Flo And Steffy Together – Will Flo Confess To Her? 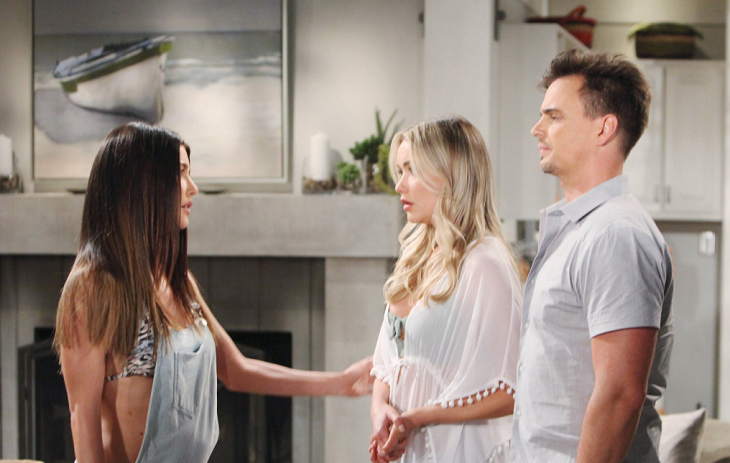 Wyatt Spencer (Darin Brooks) believes he’s helping his girlfriend on the Bold and the Beautiful. His brother, Liam Spencer (Scott Clifton), thinks he’s doing the same for his former and potentially future wife, Steffy Forrester (Jacqueline MacInnes Wood). But both Spencer guys and Steffy have no idea that Flo Fulton Logan (Katrina Bowden) is central to a secret that will change all of their lives when it’s revealed.

Flo is leery for reasons that are different than Steffy’s. The newest member of the Logan family is uncomfortable being around Steffy because she lied to her about being Phoebe Forrester’s (Madeline Valdez and River Davidson) birth mother.

Reese Buckingham (Wayne Brady) suggested the maternal title in an effort to handle his gambling debt problem, which he did. But the impact of his crime has Flo, along with his daughter, Zoe Buckingham (Kiara Barnes), and Xander Avant (Adain Bradley) dealing with the fallout.

Bold And The Beautiful Spoilers – Awkward For Steffy Forrester

Steffy has no idea that Flo is part of an ongoing ruse. Instead Wood’s character believed, along with her mother, Taylor Hayes (Hunter Tylo), that the little girl Flo claimed she had was genuinely up for adoption. Carter Walton (Lawrence Saint-Victor) was tapped for his legal expertise, which seemed to ensure that all was square.

It is awkward for Steffy to be anything more than grateful and courteous with Flo because it’s possible that she’ll bond with Phoebe and want her back. That threat would be valid if the child were Flo’s.

Beth Spencer was never stillborn, as Flo considers every time she sees Steffy, Hope Logan (Annika Noelle), Liam, or Wyatt. Meanwhile, Brooks’ character has fallen quickly back into love with Flo because he trusts her. That mistake is evidenced by Wyatt’s push for Flo and Steffy to bond.

Bold And The Beautiful Spoilers – Reclaiming Her Daughter

For his part, Liam will come to believe that Flo made what surely was a generous decision and can have her choice reinforced by seeing that Steffy is raising Phoebe with the utmost care and concern.

But Steffy recognizes that Flo’s previously tight financial state was lifted the instant Wyatt helped her determine she was part of the Logan family. That makes Flo potentially open to reclaiming her daughter.

B&B increases conflict by bringing together two of the three principle ladies involved in this drama. The internal strife Flo faces will only increase as this engaging tales continues, even though Steffy will believe she recognizes something different.