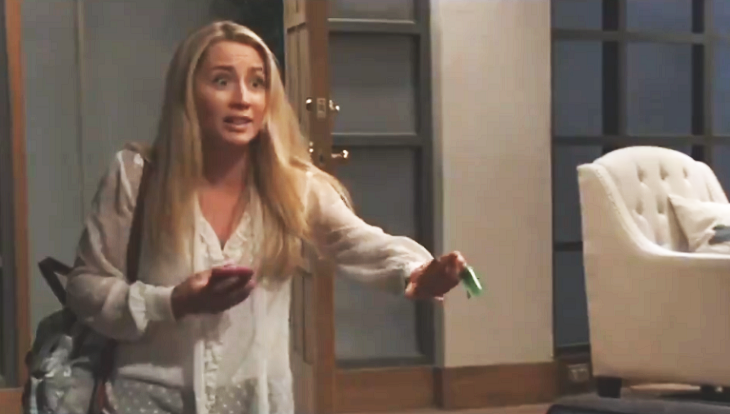 “General Hospital” spoilers for Wednesday, June 19, tease that Laura Webber (Genie Francis) will grow curious. She’ll learn that Hamilton Finn (Michael Easton) wants to speak with Kevin Collins (Jon Lindstrom), so she’ll ask what this is about. The thing that connects these three right now is Ryan Chamberlain (Jon Lindstrom), so Finn may have some info on his health or their cover-up.

Michael will wonder if the DA has enough to convict Shiloh, but there have been some snags since Harmony Miller (Inga Cadranel) took the blame and Margaux Dawson (Elizabeth Hendrickson) stepped down.

Shiloh’s the kind of guy who always slips out of trouble, but Jason Morgan (Steve Burton) will hope that’s about to change. Margaux mentioned that DoD overdose as a possible weapon against Shiloh, so he maybe Jason’s been digging around. GH spoilers say Jason will reveal some news that might help in Wednesday’s episode. He’ll fill Sonny in and hope a new take-down plan can form.

Next, Willow Tait (Katelyn MacMullen) will come clean to Harrison Chase (Josh Swickard) about something. It’ll tie in with her fears about “Wiley Cooper-Jones,” but Chase won’t want Willow to fret. He’ll contend that they’re “Wiley’s” army, so they’re going to do whatever it takes to protect him. Chase won’t be willing to let Shiloh win this battle and put “Wiley” in danger.

General Hospital Spoilers – Burglar Is None Other Than Dev

Just in case you didn’t recognize that burglar at Lulu Falconeri’s (Emme Rylan) place, it’s the same teen who helped Sonny in Turkey. Dev made his way to Port Charles for reasons that’ll be revealed soon.

However, Dev got caught red-handed and will need some help to get out of this jam. Joss will suggest that Dev had better hope the cops show up before her stepfather.

She’ll expect Sonny will go off in a big way, but he might actually go easy on Dev. After all, Dev assisted Sonny and formed a bit of a bond with him. Sonny may cut the kid a break, especially if some sob story led him to PC.

“General Hospital” fans won’t want to miss the exciting scenes ahead. We’ll give you updates as other details and rumors emerge. Stay tuned to ABC’s GH and don’t forget to check Hollywood Hiccups often for the latest “General Hospital” spoilers, rumors, updates and news.