The Young And The Restless Spoilers: Victor Makes A Deal With Adam – CEO Spot For Christian? 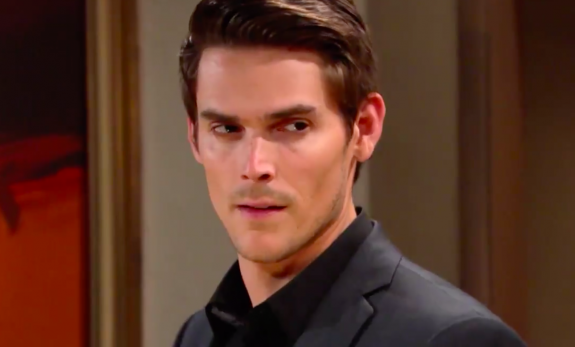 The Young and the Restless (Y&R) spoilers tease that Victor Newman (Eric Braeden) will make a deal with Adam Newman (Mark Grossman) during the week of June 17. It seems like a likely assumption that Adam will accept the job as CEO in exchange for Victor’s support of Adam getting custody of Christian Newman. Here’s what you need to know about what’s coming up on Y&R.

It’s a given that there is going to be some drama between Adam and Nick Newman (Joshua Morrow) in the week ahead. The brothers do not agree about Christian’s custody. It’s about to hit a boiling point as Adam decides to take legal action and force a judge to decide Christian’s placement.

Y&R spoilers tease that Adam sues Nick for custody of Christian. He will state that he is the rightful parent to raise the boy as he is his biological father. Adam will add that the only reason he hadn’t been a part of the boy’s life was he lost his memory after Chloe Mitchell (Elizabeth Hendrickson) tried to kill him.

Adam’s argument is a compelling one, and the judge will likely feel compassion for him. However, there is the issue of Christian’s bond to Nick. How can a judge rip the boy out of the home he feels safe and secure in?

Young And The Restless Spoilers: Adam Newman Makes A Plea To His Dad

Frustrated by the lack of movement in the custody case, Adam goes to beg his dad for help. Y&R spoilers say that, at first, Victor will scold Adam for taking his brother to court. He wanted to handle this as a private matter. However, Adam will point out that Nick was not backing down and he had no choice.

Deep down, Victor knows Adam is right. Adam will beg his dad for help. Young and the Restless spoilers point out that Adam is so desperate for his dad’s help, he may agree to step in as the CEO in exchange for daddy’s help.

It’s clear that Victor will be forced into taking a side in the custody case. And, it’s pretty much a given that he will not go against Adam. The only question is, how will the rest of the Newman family react to Victor’s support of Adam?