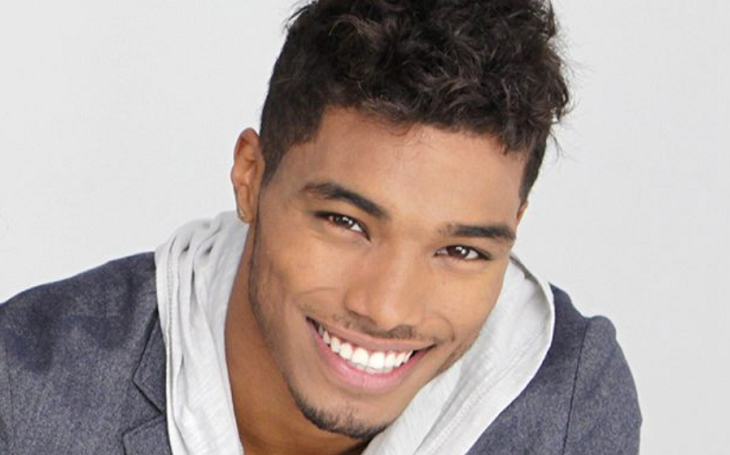 Rome Flynn (ex-Zende Forrester) on “The Bold and the Beautiful,” has been cast in a new Hallmark movie titled, “Christmas Duet.” This film will be one of 30 movies, a record-breaking number of films, that are set to head to TV screens later this year. The upcoming movie is part of this year’s “Countdown to Christmas,” which is a special holiday event that’s been running for 10 years.

Although the production has not yet started, Flynn, who is known for his roles on “The Haves and Have Nots” and “How To Get Away With Murder,” will be working with Charley Rose from “Code Black” and “Nashville.” Another cast member is Teryl Rothery, a Hallmark fan-favorite and known for his roles on “Cedar Cove” and “The Good Doctor.”

The brand new movie centers around a musical theme. It’s plot states, “Well-loved music duo Averie and Jesse, famous for their duet “Wouldn’t be Christmas,” haven’t played together since they went their separate ways years ago.

Bold And The Beautiful Spoilers: Wyatt and Liam Push Flo And Steffy Together – Will Flo Confess To Her?

Bold And The Beautiful News – The Biggest Holiday Season Yet

Averie gave up music and opened a beautiful lodge in a snowy Vermont town – while Jesse still tours, struggling to find the same kind of success they had as a duo. When fate brings them together over the holidays at Averie’s lodge just in time for the annual Yuletide Festival, can the magic of Christmas help reunite them once again?”

Viewers can expect amazing things from Hallmark’s “Countdown to Christmas” programming this year. Hallmark revealed that it would be the “biggest holiday season yet.”

It also promised to break last year’s record wherein it released a whopping 38 new movies. Among the films that will be released is “The Christmas Song,” which stars Kristin Chenoweth and Scott Wolf.

Bold And The Beautiful News – Channel Looks To Be An Escape

The channel also announced earlier this year that Christmas came early as Hallmark is airing fan favorite Christmas movies all year long. In celebration of the 10 anniversary of its “Countdown to Christmas,” Hallmark is showing holiday movies every Friday throughout the year.

The Bold And The Beautiful Spoilers: What Happens After The Baby Reveal? Vote In Our Poll! https://t.co/oJkJttqoNc pic.twitter.com/y0Cat12r8M

“We purposely look to be an escape. We try not to be issues-oriented in terms of creating polarizing conversations, because there are places to get that. We are a place that is a haven from that. We’re just a different conversation.”