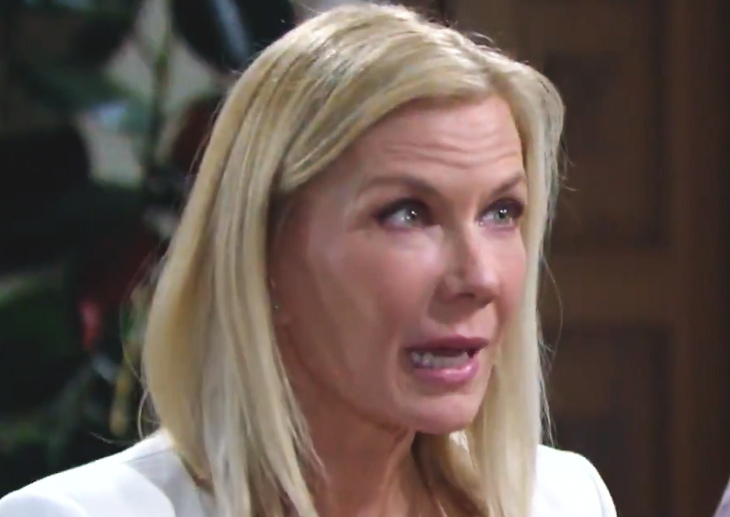 Of course, whether Zoe and Xander end up spilling the rest of the secret – that Beth is actually Phoebe Forrester (River Davidson and Madeline Valdez) and was adopted by Steffy Forrester (Jacqueline MacInnes Wood) – remains to be seen. But at any rate, Emma knows way more than she should, and that’s going to cause a big problem.

Emma isn’t one for secrets and lies, and she feels a strong bond with Hope and Liam. She’ll likely threaten to spill the truth to the grieving parents, and that’s going to leave Zoe and Xander in a panic.

Bold And The Beautiful Spoilers – Huge Argument Will Ensue

The Bold and the Beautiful spoilers say that Thomas Forrester (Matthew Atkinson), Zoe, and Xander will get into a huge argument on Thursday’s episode, so it looks like Thomas will promptly be informed about Emma’s knowledge of the Beth secret. And from there, things don’t appear as if they are going to go well for Emma.

Brooke is convinced that Thomas is using Douglas as a pawn in his plan to win Hope. WATCH FULL EPISODE: https://t.co/hcodBIIdCp #BoldandBeautiful pic.twitter.com/fgBgOI71lV

As B&B viewers probably know by now, there will soon be a death that is related to the Beth secret. And given the way the storyline is developing right now, it sure looks like Emma may be the person to perish. Will Thomas do something that causes Emma’s death? We’ll have to wait to see.

Meanwhile, on Thursday’s episode of B&B, Thomas will face more drama. He’ll be confronted by Brooke Forrester (Katherine Kelly Lang), who won’t like how Thomas has been behaving toward Hope. According to B&B spoilers, Brooke will decide that it’s time that she had a little chat with Thomas.

Of course, Brooke is still hoping that her daughter will reconsider her decision to end her marriage to Liam. But Thomas is always right there, getting in Hope’s face and making moves on her, and Brooke doesn’t like it. Brooke thinks that Thomas is getting obsessed with hope, and he certainly is.

According to B&B spoilers, Brooke will confront Thomas about his behavior toward Hope. She may just want to let him know that she’s onto him, but that isn’t going to change Thomas’ behavior any. Thomas is determined to get Hope to become his wife and a mother to Douglas Forrester (Henry Joseph Samiri), and he will stand right up to Brooke.

In fact, B&B spoilers say that Thomas will outright refuse to back down in the face of Brooke’s confrontation. And he just might become even more determined to win Hope for himself!