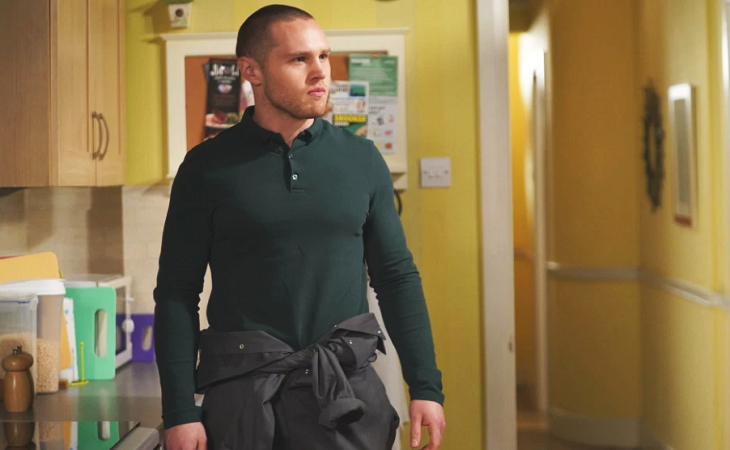 “EastEnders,” viewers will see Sharon Mitchell’s (Letitia Dean) secret spread like wildfire. Despite her attempts to keep her pregnancy on the down low, the news reaches the last person she wants to know, Keanu Taylor (Danny Walters).

The unfortunate courier of the news is Louise Mitchell (Tilly Keeper), who is also pregnant with Keanu’s baby. How will he react? What will he do once he realizes that he could very well be the father of the child that Sharon is carrying?

Viewers may recall that despite Sharon’s warning to keep the matter private, Louise wasn’t able to control herself. She broke the news to Keanu that her mother was pregnant. At first, Sharon wanted to keep the news to herself, but her husband Phil Mitchell (Steve McFadden) eventually found out He then told his family about it, a move he ended up regretting because it was too early. He tried to urge everyone not to spread the news but it did, despite his pleas.

She wanted Mick to offer his support to Phil. Meanwhile, Sharon caught Louise nearly spilling the news. But despite her warning, Louise still told Keanu, who was shocked with what he just heard.

Sharon and Keanu revisited their affair recently when Sharon comforted a drunken Keanu who had just been dumped by Louise. What started as a passionate kiss turned into an intimate night together.

Sharon knew that Louise was pregnant with Keanu’s child when she brought her to an abortion clinic. Despite all that, she still had the guts to sleep with the father of her daughter’s child. Now, she has to face the consequences, as Keanu may be the child’s father.

“You tell Louise, and Phil will make sure you don’t see the baby that is yours.” #EastEnders. Tonight. 7.30pm. pic.twitter.com/w65nJqAwx6

Spoilers reveal that Keanu will decide to tell the truth and confess his affair with Sharon. However, he will find himself tied up in a warehouse the day he’s planning to come clean.