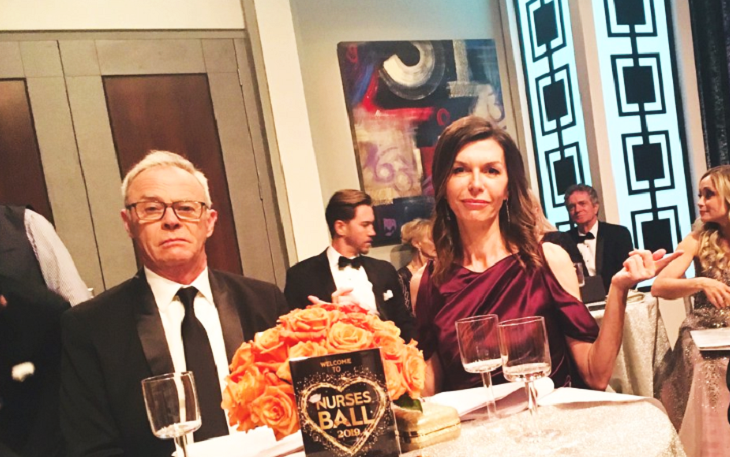 General Hospital spoilers indicate that stuff you can’t even imagine is about to happen in Port Charles in the coming weeks. Even though Anna DeVane (Finola Hughes) won’t be around, that doesn’t mean the drama won’t stop. Here’s what you need to know.

According to ABC Soaps in Depth, Finola has taken some time off the canvas to be with her family, as she does almost every summer. Meanwhile, her on screen character Anna headed out of the country to get some answers about her twin sister Alex, who has been incarcerated overseas.

However, a tweet from actor Tristan Rogers (Robert Scorpio) indicated that the legendary soap actress was still on the set filming scenes back on June 3, which means that we will still be seeing Anna for a few more episodes.

When one fan asked Rogers what’s in store for Anna and Robert in the future, he didn’t reveal much but he did have one thing to say. Rogers replied to the inquisitive fan with: “Viewers should stand by for some stuff that you can’t imagine. We start shooting this Tuesday.”

Rogers added that those scenes will air sometime in July. A spokesperson for General Hospital also had no comment on Finola’s summer hiatus.

The actress opened up about her children during an interview with Soap Opera Digest back in March. When she’s not working on her projects, she loves to spend time with her kids.

“Well, my oldest [Dylan, 18] is just so handsome. He’s about ready to go off to college. He’s an athlete and he’s got accepted through his athletic abilities into a college, which is really wonderful,” Hughes said.

“My middle son [Cash, 14] is a budding entertainer, but I warned him that he has to learn how to use cameras and all of that. He’s actually really story-driven, really likes writing and movies and film.

“And then my daughter [Sadie], she’s 11, and she’s just this rocket athlete, too. It’s kind of cool. My middle son’s an athlete, but he also has other interests.”

We’ll definitely update you with more information with her return the moment it comes in.