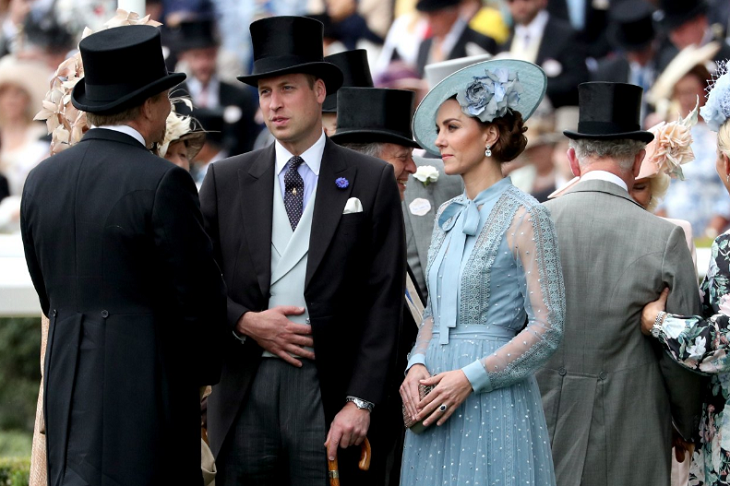 This is not the kind of headline that Prince William and Kate Middleton were hoping to make when they stepped out for the Knights of the Garter ceremony this week. There are new reports that say the Duke and Duchess of Cambridge’s police escort hit an elderly woman with a motorbike. Here’s what happened.

According to Page Six, the accident happened while Prince William and Kate Middleton were on their way to the event from London to Windsor. A woman by the name of Irene Mayor, 83, was hit by a police officer who was clearing traffic in front of the couple’s motorcade as it was headed to the Knights of the Garter Ceremony.

Some eyewitnesses who were on the scene say that the police officer was riding on the wrong side of the street with his lights flashing when Mayor stepped out. When he hit her, she was thrown in the air. Mayor sustained a broken pelvis and other injuries and was rushed to the nearest hospital room immediately.

Here’s How Meghan Markle Will Celebrate Her Birthday This Year

Irene Mayor Is Serious But In Stable Condition With Injuries

“His bike hit her and she spun round, off her feet and fell badly on the floor,” a witness said. “The officer was devastated. But he was going on the wrong side of the road. It could have been so much worse.”

Mayor’s family told local media outlets that she is currently in serious but stable condition.

“She’s got lots of injuries,” said Mayor’s daughter Fiona. “They are just keeping her stable at the moment.”

Prince William And Kate Middleton Plan On Visiting Her Soon

Meanwhile, reports also say that Prince William and Kate Middleton are very concerned about Irene Mayor. So far they have sent her flowers to her hospital room along with a handwritten note.

The Duke and Duchess of Cambridge depart the #GarterDay service with The King and Queen of Spain — today King Felipe VI was installed as a Supernumerary, or ‘Stranger’, Knight of the Garter. pic.twitter.com/j135mD08FA

This isn’t the first time that the royals have made headlines for an accident on the road. Back in January, Prince Philip hit a couple and their children after his Range Rover turned over near Queen Elizabeth’s Sandringham Estate in Norfolk. The 97-year-old royal was behind the wheel at the time.