‘The Young and the Restless’ (YR) Poll: Will Phyllis and Adam Become A Couple – Phadam For Real? 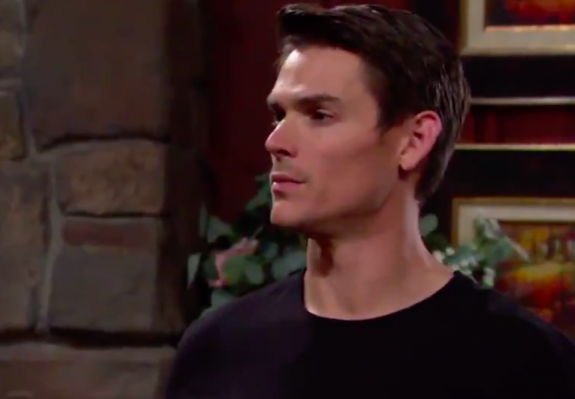 Phyllis Summers (as now played by the returned Michelle Stafford) has long been a rascal on ‘The Young and the Restless’. Adam Newman (as now played by Mark Grossman) is a rapscallion. Considering their recent, voluntary entanglement and the tease that is at least implied, are these characters being written toward couple status?

Y&R Spoilers: Phyllis Summers And Adam Newman On The Path To Being A Couple

As opposed to ‘Kola’, a duo that is arguably the show’s most endearing, ‘Phadam’ would be ginormous, fantabulous, and, well, add any other adjective, real, or invented, that one likes. The nickname alone reads and sounds like a superhero movie title. So why not go for it and see what develops, or is destroyed as a result?

As of the moment, Phyllis and Adam are both single. While each person’s romantic links haven’t been necessary for one, or the other to consider a new love in the past, their currently mutual, stand-alone natures can facilitate this mashup without other complications.

Young And The Restless Spoilers: Phyllis Summers And Adam Newman Described As being Two Porcupines

It’s fully understood that Phyllis and Adam are like, as Michael Baldwin (Christian Le Blanc) said to his brother, Kevin Fisher (Greg Rikaart), “two porcupines”, which was an outrageously funny tag line. Strong kudos to whoever created that one and to Le Blanc for delivering it was his typically fine verbal form, along with Rikaart’s solid reaction shot.

The possibilities, never explored to realization before, are delicious when considering all that a combo of Phyllis and Adam could do to everyone in Genoa City, Wisconsin, and to themselves. Sure, this pairing would wreak unthinkable havoc across the soapy landscape and eventually separate from each other after some type of calamity. But the thrill ride to that point would be incredibly compelling, which is what daytime drama is often about when it’s done right.

Phyllis’ information gain in Las Vegas, Nevada, will be followed by pointed use when Stafford reconnects with cast mates, remaining and new on the GC set. Meanwhile, Adam is without Chelsea Lawson (Melissa Claire Egan) and is blocked by Rey Rosales (Jordi Vilasuso) from being with Sharon Newman (Sharon Case). He’s fighting the Newman’s, a longtime collective foe of Phyllis, and is desperate to be with his sons.

Both characters are full-on villains. They feel equally betrayed by their supposed loved ones and have been lashing out. Clearly sharing a series of common bonds the time is right for ‘Phadam’ to take flight, right?

Fans of ‘The Young and the Restless’ rightfully express their opinions on a regular basis. So, will Phyllis and Adam become a couple? Please vote in our poll below!