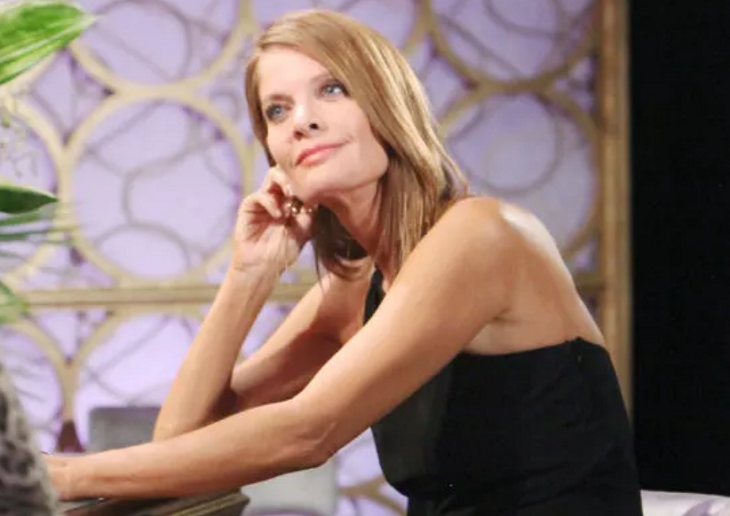 The original and iconic Phyllis Summers (Michelle Stafford) has already been seen on ‘The Young and the Restless’. But Stafford spoke no lines in an episode-ender that was actually a preview of the actor’s return to the cast later this week. Her reprisal of Phyllis projects as incredible, with rivalries old and new erupting.

Christine Williams (Lauralee Bell) remains Phyllis’ oldest and fiercest rival. Say whatever one wants about all that’s happened between Sharon Newman (Sharon Case) and the character Stafford again embodies, but ‘Cricket’, or the ‘Bug’, as Phyllis often called her, was run down and left for dead, along with Paul Williams (Doug Davidson).

Currently, Phyllis believes that everyone in Genoa City, Wisconsin, has turned against her. It appears as though she thinks Adam Newman (Mark Grossman) did the same, which then sent her on a fevered trip to Las Vegas, Nevada, where she met with Riza Thompson (Tina Casciani).

Young And The Restless Spoilers – Michael Baldwin A Champion

Michael Baldwin (Christian Le Blanc) has long been Phyllis’ champion. Fans should expect him to help the revived ‘Red’ out of any scrapes she’s already, or will be in.

Nick Newman (Joshua Morrow) has, at times been one of Phyllis’ greatest loves and is the father of her youngest child, Summer Newman (Hunter King). However, Nick booted Phyllis out of his life earlier this year, which was followed by one of her other great romantic ties, Jack Abbott (Peter Bergman), shutting her out of any dealings with Jabot, which he reclaimed leadership of (from Phyllis).

Young And The Restless Spoilers – An All Out Battle Coming?

Both Nick and Jack could battle, or love, Phyllis again. Each man is single, which surely affords Stafford’s ever-appealing character opportunity.

Billy Abbott (Jason Thompson) is with Vickie Newman (Amelia Heinle), but has proven vulnerable to Phyllis before. His fluid emotions could place him in the foe, or friend category, depending upon which way the daytime wind blows.

‘The Young and the Restless’ (YR) Poll: Will Phyllis and Adam Become A Couple – Phadam For Real?

Circling back to Adam, the idea of him matching up, romantically, with Phyllis is surely possible, as is an all-out battle. Both people forged an alliance prior to Kevin Fisher (Greg Rikaart) kidnapping her, which makes fans wonder what she’ll do to Rikaart’s returned alter ego when his actions are exposed?