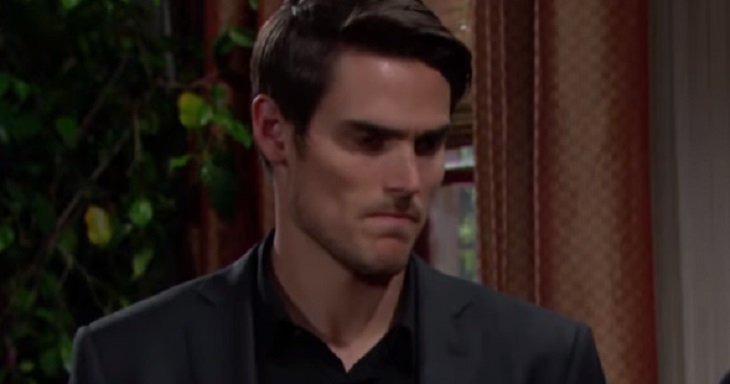 “The Young and the Restless” spoilers for Thursday, June 20, tease that Adam Newman (Mark Grossman) will make Nate Hastings (Sean Dominic) an offer. At Crimson Lights, Nate goes against his instincts since Adam’s ponying up so much money for the penthouse. The doc wants to do some good with the cash, so he hands over the keys.

Afterward, Adam meets with Kevin Fisher (Greg Rikaart) to deliver an assignment. He wants Kevin to find out what his siblings’ plans are. Adam thinks Victoria Newman (Amelia Heinle) should be his first stop. Kevin grumbles about not being a people person, but Adam suggests he’ll let Kevin see Chloe Mitchell (Elizabeth Hendrickson) if he gets results.

Kevin ends up chatting with Victoria later. He gets her talking about Adam and offers to help get rid of him. Victoria contends that she doesn’t want to make things worse, and Billy Abbott (Jason Thompson) backs her up.

Young And The Restless Spoilers – Kevin And Esther Catch Up

Kevin is forced to face Esther Valentine (Kate Linder) next, so he updates her on Bella Fisher (Cali May Kinder). Their conversation ends with Esther’s warning. She thinks Kevin should keep his distance from Adam. After Esther struts off, Kevin shoots Adam a text to confirm that Victoria doesn’t have plans for him.

At Devon Hamilton’s (Bryton James) penthouse, he shocks Ana Hamilton (Loren Lott) with his disapproval. Devon doesn’t agree that Mariah Copeland’s (Camryn Grimes) recent idea was a good one. He criticizes the video project featuring Tessa Porter (Cait Fairbanks) and feels Ana let Mariah talk her into it. Ana defends it as a solid marketing strategy, but Devon wants to hire someone over her who can properly manage artists.

At Society, maid-of-honor Abby Newman (Melissa Ordway) bickers about wedding details with “Groomzilla” Kyle Abbott (Michael Mealor). Meanwhile, Lola Rosales’ (Sasha Calle) engagement ring goes on quite a journey. After she takes it off, a busboy clears it into his tub. The ring winds up falling out onto a slice of cake, which heads to a table and ultimately falls on the floor.

Young And The Restless Spoilers – Lola Freaks Out

Lola freaks out when she realizes the ring’s missing and eventually makes an admission to Kyle. He helps her dig around the kitchen and finds it in the trash. Kyle also reaches out to Summer Newman (Hunter King) on Thursday. She seems off, but she isn’t interested in opening up to Kyle.

Summer speaks with Kevin as well and mentions her disappearing mom. While Summer goes off to confront Adam, Kevin spots a text from Phyllis on Summer’s phone. It mentions that Phyllis got screwed over and intends to screw back. Phyllis lets Summer know she’s OK; she’s just gathering ammo right now. Unfortunately, sneaky Kevin deletes the message.

Over with Adam, he assures Summer that he knows nothing about her mom’s whereabouts. However, he thinks Phyllis will surely pop up soon. Adam makes a stop at Delia Abbott’s (Sophie Pollono) grave later, but Billy is already there. He’s clearly quite enraged by the sight of Adam.

“Very few people in life are given a second chance…” – Victor #YR pic.twitter.com/capgfcfQQB

Young And The Restless Spoilers – Devon Pays Tribute To Neil

Ana, Nate, Elena Dawson (Brytni Sarpy) and Jett Slade (Gilbert Glenn Brown) are all on hand for the Society stage dedication to Neil Winters (Kristoff St. John). Devon tries to smooth things over with Ana at one point, but she cuts him off. Ana eventually contends that she doesn’t need a babysitter and it’s a mistake to hire one.

Devon clashes with Nate over the penthouse sale, but he settles down somewhat when Nate reveals what he’ll do with the money. He’s got a big hospital donation in mind. Afterward, Devon makes a speech about how much Neil loved music. Everyone toasts to Neil, so it should be a sweet tribute.

“The Young and the Restless” spoilers say an action-packed episode’s coming up. We’ll keep you posted as other Y&R news and rumors emerge. Stay tuned to see what’s next in Genoa City.