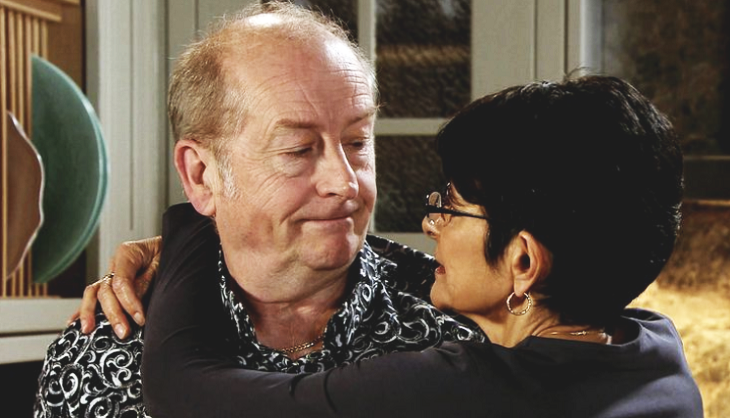 Also, Robert Preston (Tristan Gemmill) has a surprise for Michelle Connor (Kym Marsh) while his ex Vicki Jeffries (Kerri Quinn) is worried about her unborn child. Here’s what you need to know.

It begins with Geoff playing a horrible game with Yasmeen. Little does she know that Geoff had actually set up the vicious attack on her at Speed Daal, in which she was assaulted by an unknown assailant who also took her belongings.

Apparently, Geoff is trying to convince Yasmeen to see his point of view and the only way he can get his message across is if he does something sinister like this.

Elsewhere, Robert has a huge party planned for Michelle. Now that they have reconnected, Robert wants to take the next step in their relationship. He’s summoned the entire Connor family for a special surprise engagement party for Michelle.

Not only will she be surprised by the unexpected gesture, but she will also be caught off guard when she finds out the secret that Robert has been hiding from her. She has no idea that Robert is expecting a baby with his ex, Vicky Jeffries (Kerri Quinn).

Speaking of Vicky, it looks like all of the personal stress that she has been dealing with has caught up with her. She’s now worried about her pregnancy and the health of her unborn child. To make matters worse, her son Tyler Jeffries (Will Barnett) is about to take matters into his own hands with Robert.

He’s upset that Robert humiliated his mother the way he did by dumping her for another woman, despite the fact that they are expecting a baby together. Coronation Street spoilers tease that Tyler will confront Robert and it won’t be pretty to say the least.

The news will definitely change things for Michelle as she and Robert have also been trying for their own baby for awhile. So does this mean that Michelle will dump Robert on the spot? Fans will find out soon enough.