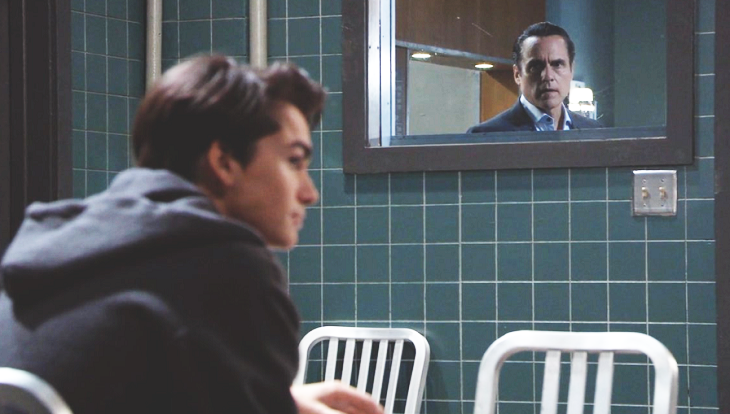 “General Hospital” spoilers for Friday, June 21, tease that Shiloh Archer (Coby Ryan McLaughlin) will try to push a few buttons – namely Alexis Davis’ (Nancy Lee Grahn) and Diane Miller’s (Carolyn Hennesy). Of course, they won’t exactly be warm and friendly in the courtroom. In fact, Shiloh will suggest that they’re finding pleasure in his pain.

Alexis won’t deny that they really get off on Shiloh’s suffering. Diane will back Alexis up on that. They’ll both hope Shiloh’s mission crashes and burns, but he could have a secret weapon or two. Diane has tried to prepare Willow Tait (Katelyn MacMullen) for what’s next, but it’s clear that big trouble’s brewing.

Other “General Hospital” spoilers say Nina Reeves (Cynthia Watros) will have an important meeting with Jasper “Jax” Jacks (Ingo Rademacher). She may want to clear the air regarding Valentin Cassadine’s (James Patrick Stuart) disdain for Crimson’s new owner. Nina will assure Jax that she only wants what’s best for the magazine. She’ll make it clear that her eyes on are on the bigger prize.

Nina may look past her initial goal of boosting circulation and focus on the long-term outlook. She’ll let Jax know she’s all in on making a huge splash. Nina will be fired up about a brighter future for Crimson.

Meanwhile, Valentin will urge Curtis Ashford (Donnell Turner) to put his concerns aside and accept his offer. He’ll contend that all Curtis has to do is look into Jax and he’ll be paid handsomely.

Curtis could really use the extra cash right about now. Jordan Ashford (Briana Nicole Henry) racked up some serious medical bills during her latest GH stint. Curtis is eager to climb out of all that debt, so he’ll decide to accept this job and do some digging.

General Hospital Spoilers – Dev Fears He Will Be Deported

In the Corinthos’ family kitchen, “General Hospital” spoilers say Josslyn Jacks (Eden McCoy) will have questions. Her head will still be spinning over Dev’s (Ashton Arbab) arrival and his connection to her stepdad. Joss will ask how Dev knows Sonny, so he should have quite a story to tell. Maybe this will lay the groundwork for a nice Dev and Josslyn pairing down the road.

Over with Sonny, he’ll reach out to Robert Scorpio (Tristan Rogers) and argue that it’s time to pay up. Sonny will collect on a favor, which will most likely be for Dev. GH fans know the teen’s worried about his passport not holding up. He fears he’ll be deported and killed back in Turkey, so Sonny will do whatever he can to help – including turning to Robert for assistance.