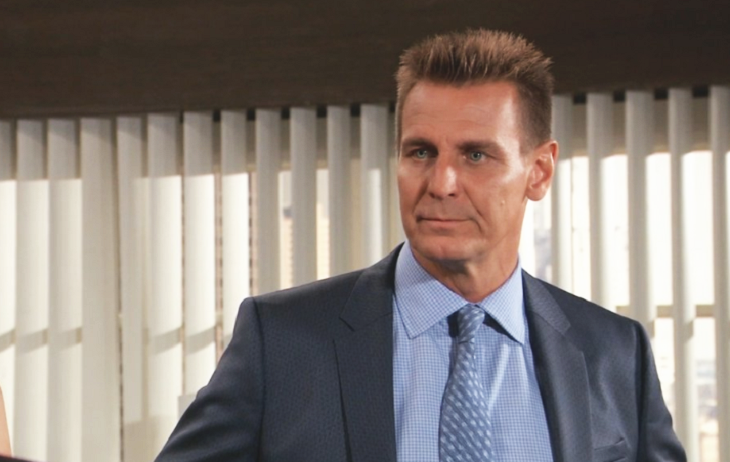 It’s probably going to be a warning from Sonny Corinthos (Maurice Benard). Or it could even be Josslyn Jacks (Eden McCoy) telling him about Dev (Ashton Arbab) and her suspicions about him, and wants her dad to possibly check out Dev and his story.

Jax may not find a lot about Dev, and he may run into some resistance from Sonny about distrust of Dev. Sonny may be putting Jax on notice to stay away from Dev, since Sonny knows who he is.

General Hospital Spoilers – Dev Has Helped Out The WSB

For that matter, Robert Scorpio (Tristan Rogers) knows who is he is and could put Jax and Joss at some ease, knowing that Dev has been a helper to the WSB in finding some targets as well. Either Sonny or Robert could tell Jax that Dev is an okay kid who was in hard times in Turkey, and tell him to back off.

Of course, Jax, Joss, and even Sonny and Robert could wonder just exactly how Dev, a poor street kid got all the way to Port Charles from Turkey. It doesn’t make a whole lot of sense. Maybe he was still pick-pocketing and got himself a nice stash of jewels from some rich tourists.

That would still put him on an international jewel thief list somewhere so that wouldn’t be a good way for him to get from Turkey to the USA. What about a passport?

If he is an American, like he told Sonny in Turkey, he’ll be okay if he still has his birth certificate. Maybe he got to the USA thanks to the WSB, Robert wouldn’t have known about that since they were forcing retirement on him and gave him an unwelcome boot!

The story of how Dev got to the USA is just beginning, and Friday’s episode will clarify for sure how Jax is put on notice and what about. As always, more detailed Spoilers and Breaking news will appear here on Hollywood Hiccups!