Bold And The Beautiful Rumor: Liam Chooses To Stay With Steffy After Baby Reveal 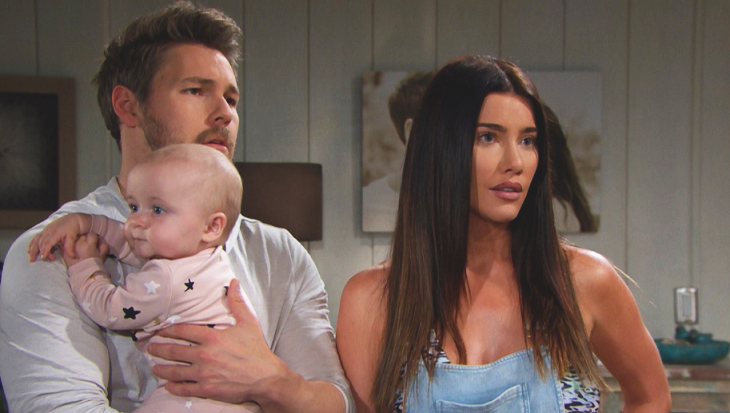 B&B fans are anxiously counting down the days until the truth about baby Beth is revealed. It’s going to come out eventually and of course everyone will be impacted by the news.

Hope Logan (Annika Noelle) will be reunited with her daughter, who she thought died at childbirth. While Hope fans will be excited to see her get her baby back, they’ll be disappointed when Hope and Liam don’t reunite.

Beth’s “death” strained Hope and Liam’s marriage. The couple recently separated, and Hope has become the target of Thomas Forrester’s (Matthew Atkinson) infatuation. As for Liam, he’s been spending time with his ex Steffy.

Steam fans are getting excited about their favorite couple reuniting, yet they know that won’t last long once the baby switch is revealed. Yet, they may be surprised by Liam’s choice.

When the baby switch is finally exposed, everyone automatically assumes that Hope and Liam will get back together. However, with soap operas, especially B&B, there’s a swerve. Instead of Liam going back to Hope, he’ll stay with Steffy.

Bold And The Beautiful Spoilers – Reveal Changes Everything

Hope is going to be furious when she learns about the baby switch and she’ll immediately blame Steffy, thinking her rival was part of the scheme. Steffy is an innocent victim of this secret, just as Hope is. When she has to give up the daughter she’s raised for the past few months, Steffy is going to be devastated.

Liam knows Steffy wasn’t involved in the baby switch and wouldn’t do anything as callous as to make Hope believe her baby was dead. He’s going to defend Steffy and this will cause problems for he and Hope.

She is going to want justice and to keep Steffy out of their lives, but that’s impossible. Liam shares a daughter with Steffy and he can’t abandon his child. All Liam wants is for everyone to get along, but the reveal of the secret is going to make things even more difficult.