Emmerdale Spoilers: Billy Puts His Family In Danger As He Tips Off Police About Max’s Robbery Plan 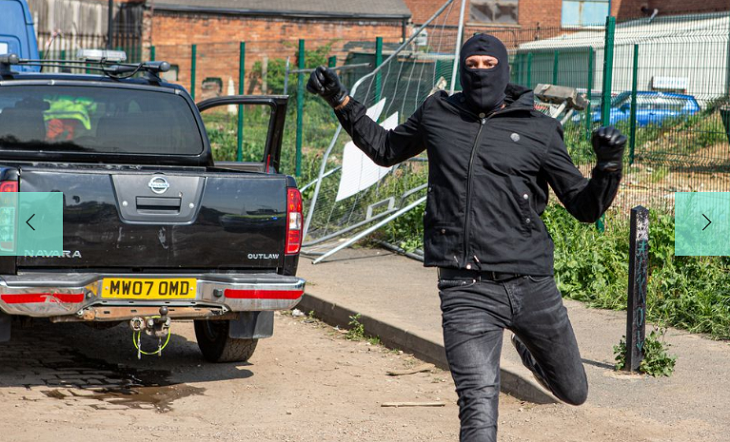 It is going to be intense on “Emmerdale” next week especially for Max (Jordan Reece), Billy Fletcher (Jay Kontzle), and his family. Despite Max’s warning to not mess things up again, Billy turns on Max by letting the police in on their plan to rob a van.

After he and another accomplice named Woody get a text from Max, signalling them to proceed, the police arrive before they can rob the van. But this won’t be the end for Max. More danger is lurking as DS Sanders (Clare Yuille) warns Billy that Max may soon find out about his undercover job. Obviously, Max won’t take Billy’s betrayal lying down. He will exact his revenge and this time someone will end up getting shot.

“Emmerdale” viewers may recall that Max blackmailed Billy into agreeing to work with him on another robbery. Although he did say he’d help, Billy took this as an opportunity to take Max down once and for all.

Max ran through his robbery plan with Billy and warned him that nothing should go wrong this time around. What Max doesn’t know is that Billy informed the police about his plan to rob the van. The authorities arrive on time and prevented them from hijacking the van.

Billy, Billy, Billy – What are you doing?! #Emmerdale pic.twitter.com/Wr1PrzVlKH

He then takes out his gun and orders Jessie to call Billy. Max becomes more furious as when Jessie’s call goes to Billy’s voicemail. When Billy finally gets the message, he storms off with Ellis Chapman (Asan N’Jie).

Emmerdale Spoilers – A Gun Goes Off But Who Gets Shot?

When Billy arrives at the cottage, Max immediately points his gun directly at him. A struggle ensues and the gun goes off. Showrunners have confirmed that someone will get shot but the question now is who will it be?

Billy is obviously first on the list of characters who might get shot. Max may also be the one that gets hit as he and Billy fight to take control of the gun. It could also be one of the other four people in the room, namely Jessie, Marlon, Ellis, and April.