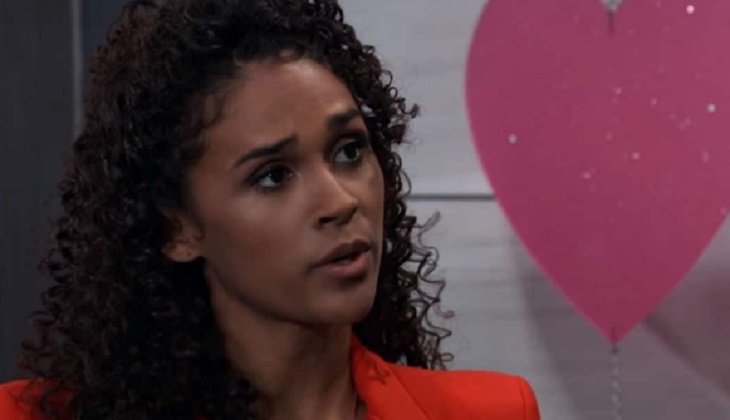 Briana Nicole Henry, known for her role as Jordan Ashford on “General Hospital,” has been cast in an upcoming series titled “The Morning Show.” Henry will play the role of Alyssa and her character is set to appear on the sixth episode of the series’ first season.

The upcoming series, which is expected to premiere this fall on Apple TV+, is described as “an inside look at the lives of the people who help America wake up in the morning, exploring the unique challenges faced by the women and men who carry out this daily televised ritual.”

“The Morning Show” is directed by Mimi Leder, David Frankel, and Lynn Shelton. It is written by Kerry Ehrin and Brian Stelter and produced by Jamie Vega Wheeler and Peter Barnett. Aside from Henry, the other cast members include Jennifer Aniston, Reese Witherspoon, Kelly Sullivan (The Young and the Restless/GH), John Patrick Jordan (GH), Philip Anthony-Rodriguez (Days of Our Lives), Shari Belafonte (GH) and more.

It was first announced that Apple gave the series order for two seasons, which is to be comprised of ten episodes each. Among its executive producers are Reese Witherspoon, Jennifer Aniston, Jay Carson, and Michael Ellenberg. The production companies involved in its development included Media Res, Echo Films, and Hello Sunshine.

During the initial series announcement, it was also confirmed that Witherspoon and Aniston would take on the lead roles. Season 1’s principal photography began October 2018 and proceed with the filming of the series in Los Angeles and then moved to New York City in May 2019.

Something about Ryan's sudden change of heart isn't sitting well with Jordan. And she's finally ready to put her detective skills back to work.
A dramatic, new #GH starts RIGHT NOW on ABC! @Bri_Nic_Henry pic.twitter.com/scTdq6voOz

So, what’s next for Henry as Jordan Ashford in “General Hospital?” Spoilers revealed that Jordan is on steady progress. Although Hamilton Finn (Michael Easton) is no longer taking care of her, Jordan still has other things to deal with like medical bills. Nina Reeves (Cynthia Watros) comes to the rescue and offers to pay the whole bill.

Curtis Ashford (Donnell Turner) is grateful for the offer but still turns it down. Drew Cain (Billy Miller) while visiting Jordan will also say that he wants to help, pointing out that he is the reason why she’s in the hospital in the first place. But Jordan still refuses to take the help and tells Drew that it is not his fault.