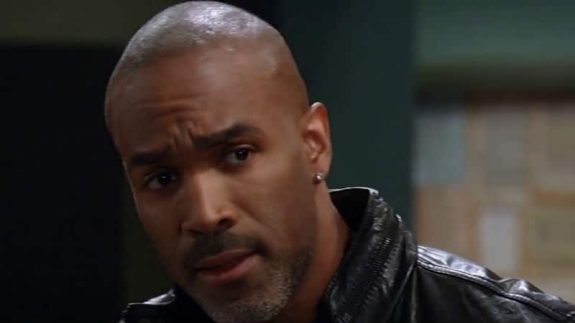 Donnell Turner, who is known for his role as Curtis Ashford on “General Hospital,” has been cast in a new Amazon series titled, “Too Old To Die Young.” Turner is portraying the role of Gary in the series that recently premiered on Amazon, just last June 14.

Donnell Turner Has Been Cast In A New Amazon Series

The 10-episode series tells the story of Detective Martin Jones whose main job is to solve crimes in Los Angeles but secretly moonlights as a killer for hire. The series was directed and written by Nicolas Winding Refn and American comic book writer Ed Brubaker.

The other cast members include Miles Teller from “Fantastic Four” and “Allegiance,” who will play the lead role of Martin Jones. William Baldwin from “Backdraft” will portray the character, Theo.

They also worked with Augusto Aguilera from “Predator” and will play Jesus, Cristina Rodlo from “Miss Bala” as Yartiza, Nell Tiger Free from “Game of Thrones” as Jani, Jena Malone from “The Hunger Games” as Diana, John Hawkes from “Everest” as Viggo, Babs Olusanmokun from “Black Mirror” as Damian, Gino Vento from “Mayans MC” as Jaime, and Joanna Cassidy from “Who Framed Roger Rabbit” and “Blade Runner” as Eloise. Morgan Fairchild who appeared as Dorothy on “Bold and the Beautiful” in 2009 and as Anjelica Deveraux on “Days of Our Lives” will appear in an episode as an actress.

Before becoming a renowned actor, Turner played semi-pro basketball. After leaving his basketball team, he moved to Los Angeles in 2011, and he started taking modeling and commercial work for different brands like Nike, Pepsi, Coca-Cola, Bud Light, Coors, Mercedes-Benz, Disney, and AT&T.

By 2016, he has appeared in more than 100 commercials. He also worked as a background artist, production assistant and as a double for Eriq La Salle in “ER” and for Shemar Moore in “Criminal Minds.” In 2010, he landed a role as Dr. Aiden Williams in “Days of Our Lives.”

Meanwhile, he has long been a fan of “General Hospital.” He auditioned for a role in the soap in 2014 and eventually landed a contract to play the role of Curtis Ashford in 2015. Turner is also a motivational speaker and has launched a mentoring program called “Turnaround Project.”