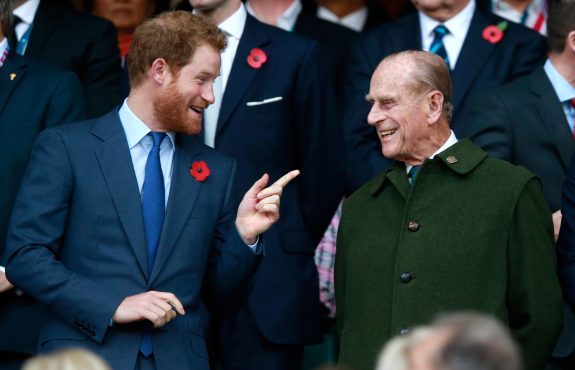 Prince Philip reportedly gave advise to Prince Harry when the romance with Meghan Markle went warp speed. Dating an actress is okay, but marrying an actress? That’s just not done in Royal circles.

The Sun reveals that Philip wasn’t concerned when Prince Harry began dating Meghan Markle. Grandpa probably thought it was just a dalliance with a pretty Hollywood starlet and it would run its course quickly. When things started to get serious, that’s when the alleged advice was doled out.

“One steps out with actresses, one doesn’t marry them,” was advice given to the Duke of Sussex from the Duke of Edinburgh. A commoner such as Kate Middleton is at best an acceptable match, but not a divorced American actress.

To be fair, Prince Philip wasn’t the only one concerned about how swiftly Prince Harry moved from dating Meghan Markle, to engagement to marriage. Prince William and Kate Middleton weren’t quite as crass though when speaking to Harry about Meghan.

The Duke and Duchess of Cambridge both expressed concern that Harry was swept up in the moment and eager to settle down. The ginger-haired prince had publicly stated he loves being an uncle and was anxious to start a family of is own.

Reportedly the Duke of Cambridge and the Duke of Sussex had a falling out over concern expressed from one brother to another. Prince William reminded Harry that Kate Middleton waited for nearly 10 years before the couple married at Westminster Abbey on April 29, 2011.

It was only 18 months from the time Harry and Meghan Markle stepped out publicly as a couple in late 2016 until the Duke and Duchess of Sussex’s wedding on Mary 19, 2018. Royal watchers understand why Prince William and Kate Middleton would have doubts.

Meghan Markle And Prince Harry Were Together 18 Months Before Marrying

It’s possible that the Duke of Edinburgh’s words to the Duke of Sussex were well-meaning. It’s normal for a grandparent to be concerned about a romance moving that quickly, right?
Things seemed to be put to rest since Philip’s unwanted advice was given. The Duchess of Sussex gushed that great granddad was one of the first people to meet newborn Archie Harrison. The photos from Archie’s introduction to the world show Philip happily smiling.

Was it merely concern that Prince Harry might get his heart broken that prompted the comment about Meghan Markle? According to the Sun, Buckingham Palace has not issued a statement about Philip’s words of advice to Harry.

Wishing all our followers a very Happy Father’s Day! pic.twitter.com/bvCI9cdsqP