Young And The Restless News: Eva La Rue Dishes About Joining Y&R As The Rosales Matriarch 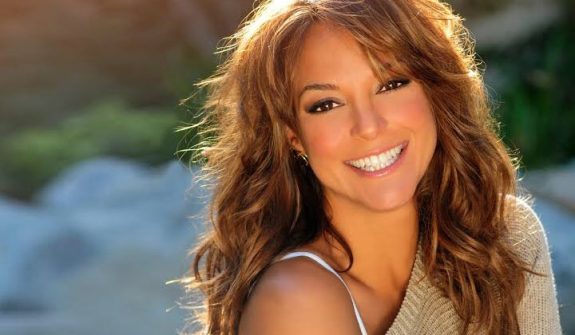 “All My Children” alum Eva La Rue is one of the latest additions to “The Young and the Restless” family, and the actress is having fun so far. In an interview with Soap Opera Digest, La Rue talks about her first days on the set and teases about Celeste Rosales, Lola Rosales (Sasha Calle) and Rey Rosales’ (Jordi Vilasuso) mom.

La Rue shared that joining Y&R comes at the right timing, with her other projects being on break. She also shared about her father passing away, right after booking the Y&R role. She said that he would have been thrilled about her joining the soap.

“My first thought was, ‘I’ve got to call my dad and tell him about The Young And The Restless, he’s going to be so thrilled!” she said. “And I know he would be thrilled. It’s been really crazy, a roller coaster of a couple of weeks. But it couldn’t have been better timing.”

Eva La Rue is also excited to be finally working with her friend Peter Bergman, who plays Jack Abbott. They’ve been friends for 30 years, and this is the first time they ever get to work directly with each other. “And not only that, but I got here, and there are, like, a zillion people that I’m friends with on this show!” she added.

Speaking of Jack, La Rue teases that when her character arrives in Genoa City and meets Jack, Celeste “straight-up just throws all kinds of flirt at him.” She also teased about some conflicts between her character and Lola.

“She’s definitely a fiercely protective defender of her daughter in an old-school kind of way. She’s very hyper-vigilant, let’s put it that way. She’s a super-likable character and a really good mama, but we are definitely going to have our fun mother/daughter combat scenes,” she shared.

La Rue also revealed that it was supposedly a seven-episode arc, but when she signed up, they are looking to extending her stay on “The Young and the Restless.” She likes the set and the show’s workable schedule. And with the perfect timing, La Rue said that she’s really excited to be on the soap.