Days of Our Lives Spoilers: Eve Offers Justin A New Job As DA Of Salem! Will He Take The Offer? 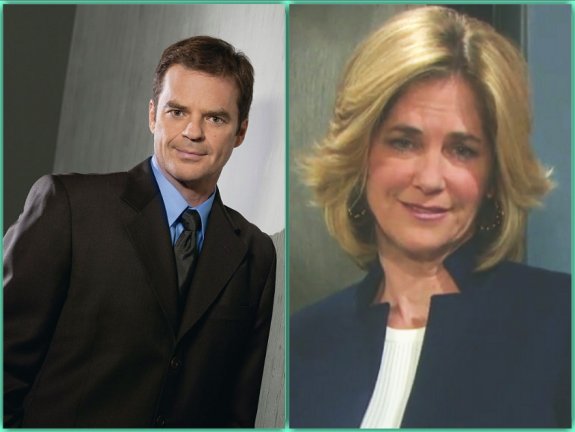 Days of Our Lives (DOOL) spoilers tease that Justin Kiriakis (Wally Kurth) will soon get a lucrative job offer. Justin has spent the past several years practicing law and defending various Salem residents when they’re prosecuted by the DA. As DOOL viewers may remember, he’s been on the other side of former DA Melinda Trask’s (Laura Kai Chen) cases quite a bit in the past.

But now, it seems that Justin will get a new opportunity, since DOOL spoilers say that Eve Deveraux (Kassie DePaiva) will offer him a new position. She and Jack Deveraux (Matthew Ashford) have just embarked on their new missions as police commissioner and mayor, but they’re without a critical part of their team: a district attorney.

As DOOL viewers know, the Interim DA Ted Laurent (Gilles Marini) quit in protest after Jack fired Hope Brady (Kristian Alfonso) from her police commissioner post. And ever since, Salem has been without an acting DA. Eve tried her best to get Ted back into the position, but he turned her down flat.

Days Of Our Lives Spoilers: Eve Deveraux Will Decide She Wants A Familiar Face In The DA Role

Well, it looks like Eve will decide that perhaps having a familiar face in the DA role world be a good idea, and so she’ll consider Justin for the gig. Of course, Eve and Justin go way back – in fact, they were romantically involved in the past.

In the latest #DAYS, Ciara and Tripp are determined more than ever to prove Claire is the culprit.https://t.co/ZsCmioRrzb pic.twitter.com/QdwwKjp0ji

But will Justin even want to be DA at this point in his life? He seems to enjoy his defense work, plus it seems that there might be some conflicts of interest. DOOL viewers will remember that Justin defended Haley Chen (Thia Megia) at JJ Deveraux’s (Casey Moss) request when she was in danger of being deported. Justin might not be on board with Jack and Eve’s stance on undocumented immigrants.