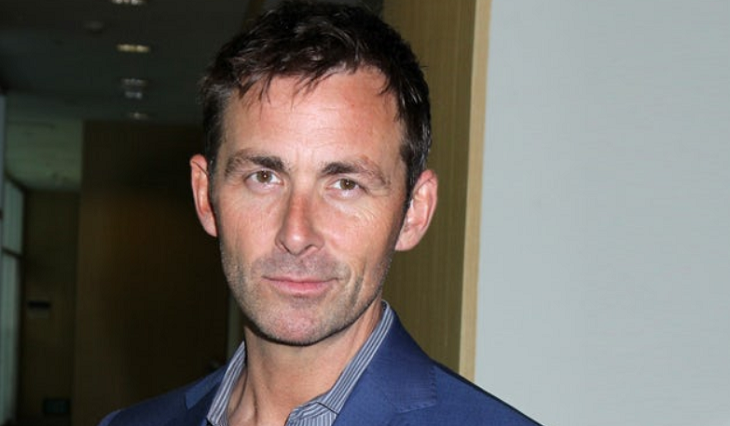 James Patrick Stuart is well known among soap opera fans for his role as Valentin Cassadine on General Hospital. But, when he’s not cooking up shady schemes and obsessing over Nina Clay [Cynthia Watros] in Port Charles, the talented actor has been working on his music and recently released some great stuff.

General Hospital fans learned James Patrick Stuart had quite the set of pipes on him at the Nurses Ball last year, and since then he announced that he was working on his own original music and even released a few singles.

Stuart took to Instagram this week to share some exciting news regarding his latest single, “That’s All.” The General Hospital star has something to celebrate. After being available online for just a day, the song has already been downloaded over 1,000 times.

“Big thank you to all who downloaded my new song “Thats All”. With almost 1,000 downloads on the first day, you’ve helped me cover a good portion of production costs,” Stuart wrote. “If you keep it up, I’ll keep making songs. Link available in my bio.”

Big thank you to all who downloaded my new song “Thats All”. With almost 1,000 downloads on the first day, you’ve helped me cover a good portion of production costs. If you keep it up, I’ll keep making songs. Link available in my bio.

Of course, it’s safe to assume a good portion of those downloads were dedicated General Hospital fans who just can’t get enough of the daytime drama star’s incredible pipes.

Stuart currently has eight songs available for purchase on Amazon Music, including fan favorites like “That’s All,” “Walking On Water,” “And So It Goes,” and “Nothing Without You,” which Michelle Stafford is featured on the cover of.

If you don’t use Amazon Music, you can also download Stuart’s hit songs on Spotify, Apple I-Tunes, and in the Google Playstore.

It sounds like Stuart has found his audience, and we love that people are gobbling up his music and he’s getting the recognition he deserves. Congratulations are certainly in order and we wish him all the best in his future music endeavors.