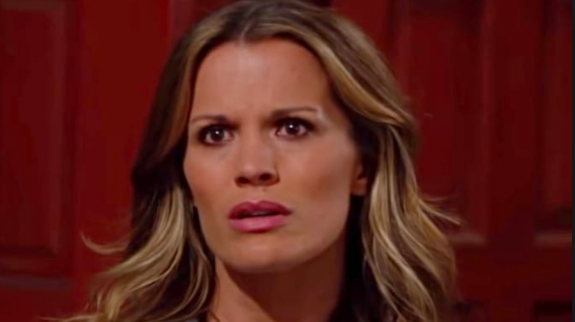 The Young and the Restless comings and goings tease that Melissa Claire Egan (Chelsea Newman) will be returning to the soap very soon. As a matter of fact, we know exactly when fans can expect to see her on the show again.

According to new reports, Melissa will be reprising her role as Chelsea Newman on June 28, 2019. The last time that fans saw Melissa on The Young and the Restless was back in March of 2018. With Adam Newman (Mark Grossman) and Kevin Fisher (Greg Rikaart), it only makes sense that Chelsea would be coming back for all of the action, too!

So what can we expect now that Chelsea is back in Genoa City? Lots of action. The Young and the Restless spoilers tease that there’s a huge battle that is about to heat things up as Adam Newman is willing to do whatever it takes to win custody of his young son Christian.

Needless to say, his brother Nick Newman (Joshua Morrow) is not about to let that happen. Sure, Adam might be the young boy’s biological father, but Nick is the only father that Christian has ever known in his life.

Next week on #YR, Victor gives Nick an update on his health, Cane thanks Traci, and @Theehendrickson returns as Chloe. pic.twitter.com/F528u7HPOb

Young And The Restless Spoilers: Chelsea Newman May Take Sides In The Custody Case

With that said, there’s a strong possibility that Chelsea might take sides in this custody case. And apparently, she’s looking to side with Nick on this one. There’s no doubt that she will be none too pleased when she finds out that Adam is back to his old, sneaky ways. She already thinks that he’s an unfit father for Connor, so it’s without a doubt that she will want to see Christian raised by Nick and the rest of the Newmans than with Adam. This, of course will leave Adam reeling. He’s not the kind of person who takes rejection very lightly.

Of course, there’s always the possibility that Adam might be able to sway Chelsea. He’s not only very manipulative, but very charming at the same time. Chelsea Newman might end up feeling very torn between Adam and Nick. Needless to say, fans will have to tune in for all of the action!