Dancing With The Stars Season 28: Is Peta Murgatroyd Coming Back? 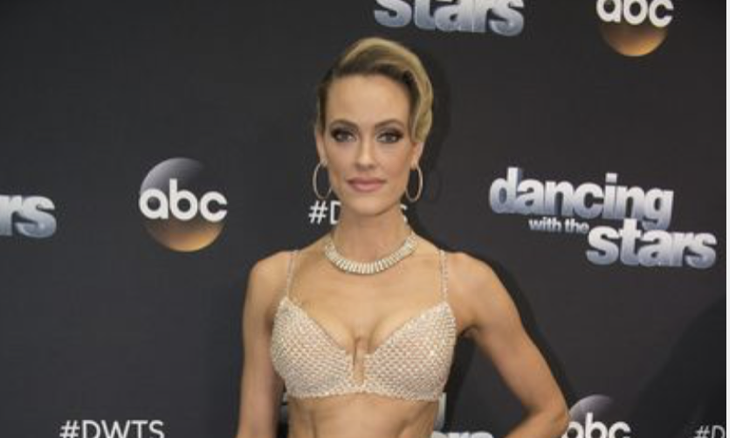 Dancing With The Stars Season 28 spoilers tease that while some fan favorites are returning, there are others that are still not sure if they are wanting to put their dancing shoes back on. One of those dancers includes Peta Murgatroyd. In fact, the beautiful Aussie native says that while the show will always have a special place in her heart, she’s been putting her focus on different projects these days. Here’s what she has to say.

Speaking to Us Weekly, Peta said that both she and her husband Maksim Chmerkovskiy are actually not contracted with the show right now, which means that she might or might not come back for Dancing With The Stars Season 28. In other words, that means that she will have to work something out in her very busy schedule to find the time that she would need to dedicate herself to the show.

The blonde beauty also said that she’s been hard at work auditioning for movie roles. Even though she’s a household name thanks to Dancing With The Stars, she wants to try out other opportunities in the entertainment industry, with the hope that she can make her mark on Hollywood.

“I’ve been auditioning every couple of days,” Murgatroyd told Us Weekly, explaining that her dream role would incorporate her commitment to fitness. “Comic movies, superhero roles … that’s my thing. That would just be a dream … I don’t want to do just romantic comedies.”

With that said, Peta says that she and her husband Maksim still get offers to dance all the time. “We put together a little routine [just for us] … Dancing just makes us feel good,” she said. “We also get asked to do shows very regularly, like, ‘Come to my daughter’s bat mitzvah and dance for her’ and we’re like, ‘OK!’ We have done a couple and they’ve just been incredible. They are some of the most fun trips that we’ve been on.”