The Young And The Restless Spoilers: Kevin And Chloe Reunited – Genoa City Shocked That Chloe’s Alive? 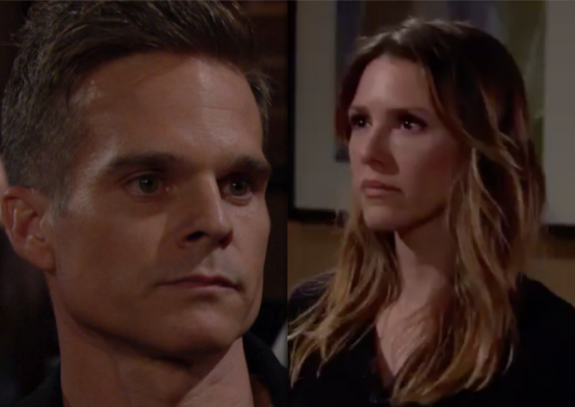 The Young and the Restless (Y&R) spoilers tease that Kevin Fisher (Greg Rikaart) and Chloe Mitchell (Elizabeth Hendrickson) will be reunited but it will be overshadowed with fear. The couple will worry that somehow news of Chloe being alive will travel through Genoa City.

Adam Newman (Mark Grossman) promises to keep it quiet, but Kevin doesn’t trust the Victor Newman’s (Eric Braeden) son. Will news of Chloe being alive get out in GC?
Here’s what to expect in the next week on Y&R.

After some time apart, Kevin finally convinces Adam to let him visit Chloe. Y&R spoilers tease that Kevin is doing whatever he can to help get Chloe released. At first, Chloe is angry when she sees Adam’s face. Then, she asked to see him alone and decides to hash things out with him.

They both bare their hearts out. Y&R spoilers state that Chloe explains how hard it was to lose Delia Abbott (Sophie Pollono). Adam will understand as he’s lost both his children and now he cannot see either.

While they squashed a lot of their beef by talking to each other, Chloe cannot help but feel angry with Adam over the Delia situation. He will express guilt over hiding evidence and trying to hide from it. She will understand his reasons, but she needed closure.

They will hug and agree to be kinder to each other. Now that they made up, will news get out that she’s alive?

Next week on #YR, Victor gives Nick an update on his health, Cane thanks Traci, and @Theehendrickson returns as Chloe. pic.twitter.com/F528u7HPOb

Young And The Restless Spoilers: Will Genoa City Find Out Chloe Mitchell’s Alive?

The fact is, if Chelsea Newman (Melissa Claire Egan) found out that Chloe is still alive, she would be pretty angry. She tried to kill her husband, Adam. And, she lied about it, too.

There are other people that would be upset, including Esther Valentine (Kate Linder) who has been mourning Chloe’s death for two years.

In an interview with Soap Opera Digest, Elizabeth Hendrickson (Chloe) revealed that this time, she will only appear in a handful of episodes and Chelsea will not run into her. However, Y&R spoilers tease she will be back very soon for more drama.

Do you think Chelsea should find out that Chloe is alive?