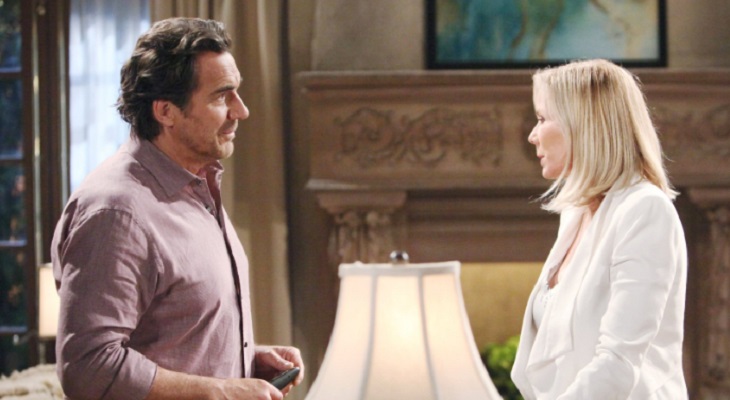 The Bold and the Beautiful spoilers for Tuesday, June 25, tease that Brooke Forrester (Katherine Kelly Lang) will find herself growing suspicious about the circumstances surrounding Emma Barber’s (Nia Sioux) car accident. As B&B viewers know, Emma died on Mulholland Road after losing control of her car while being aggressively tailgated by Thomas Forrester (Matthew Atkinson).

On Tuesday’s episode of B&B, word of Emma’s death will spread, and everyone will be devastated. Emma was close to the Forrester, Spencer, and Logan families, and as Justin Barber’s (Aaron D. Spears) niece, she was considered family. Look for some sad scenes as everyone tries to process this tremendous loss.

Bold And The Beautiful Spoilers – News Of Emma’s Death Spreads

Pam Douglas (Alley Mills) will help fill everyone in about Emma’s passing, but she’ll also have details to share about what happened right before Emma left Forrester Creations and hopped in her car. As B&B viewers know, Emma and Thomas had a heated confrontation over the secret about Hope Logan (Annika Noelle) and Liam Spencer’s (Scott Clifton) daughter. Emma was determined to go find Hope and tell her that her daughter is alive.

Zoe Buckingham (Kiara Barnes), Xander Avant (Adain Bradley), and Florence “Flo” Fulton (Katrina Bowden) are already wondering whether Emma’s accident could have been caused by Thomas, but when Brooke hears from Pam, she’ll start to wonder about Thomas’ involvement in the accident, too. Thomas being one of the last people to see Emma alive will seem suspect to Brooke, especially since he and Emma were having a tense interaction.

Unfortunately, it looks like her interest in Thomas’ possible involvement will cause problems in her marriage to Ridge Forrester (Thorsten Kaye). According to B&B spoilers, Brooke and Ridge’s marriage will be tested as details about the accident roll in, and chances are, when Brooke figures out that Emma was probably on her way to see Hope, she’ll wonder why.

Bold And The Beautiful Spoilers – Brooke Suspicious of Thomas

Of course, Brooke won’t have a clue that Emma knew that Hope’s daughter was alive and living in Steffy Forrester’s (Jacqueline MacInnes Wood) home, but she’s going to have a bad feeling that Thomas is hiding something explosive.

But Ridge won’t appreciate Brooke’s suspicions about his son, and he certainly won’t want to believe that Thomas had anything to do with Emma’s accident. Look for friction between Brooke and Ridge on Tuesday’s episode as Brooke tries to put together what might have happened.

Be sure to tune in on Tuesday to catch up on everything happening on B&B right now.