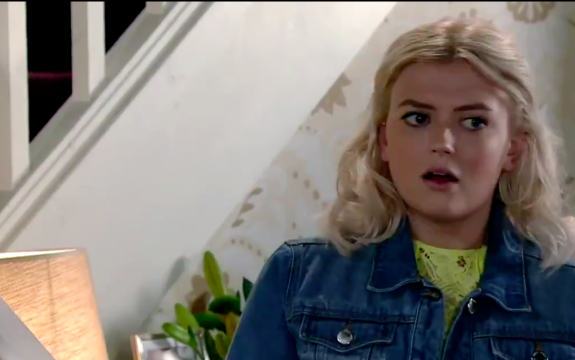 Coronation Street spoilers tease that Gary Windass (Mikey North) might find himself in a heap of trouble. That’s because there’s a very good chance that someone will end up finding Rick Neelan’s (Greg Woods) body. As a matter of fact, it will be Bethany Platt (Lucy Fallon) that will end up looking for Rick after she tells Craig Tinker (Colson Smith) that he’s been missing for quite some time. Here’s what you need to know.

Rick’s disappearance is the new talking point in Weatherfield as Bethany will tell Craig about his visit to town just last week. Craig promises that the force will look into things as Rick’s sudden disappearance has now gotten very suspicious. Craig will take matters into his own hands and will do some digging around to try and look for Rick. However, Craig will come to the conclusion that the loan shark apparently ditched town and mysteriously went abroad without leaving a trace behind.

Bethany isn’t the only person who is raising her eyebrows in this mysterious disappearance. Adam Barlow (Sam Robertson) also can’t help but wonder what’s going on with Rick. He becomes intrigued when he finds out that Rick’s car has been found abandoned and that the police are looking into local CCTV coverage for more information.

For Gary, this is more than just bad news because this is the second murder that he has been responsible for in just a few short months. Not only did he kill Rana Habeeb (Bhavna Limbachia) when he caused the roof to collapse at the Underworld factory, but he’s now killed yet another man in Weatherfield. Sooner or later the truth will catch up with and he will have a lot of explaining to do on his end.

Coronation Street spoilers tease that Gary is forced to make up a story about Rick’s disappearance. He claims that Rick went abroad because there were some people after him. But that’s not the only thing he has to worry about. The moment the truth comes out about the roof collapse. Gary will probably take the next bus out of town too, but only because he will want to avoid jail time!