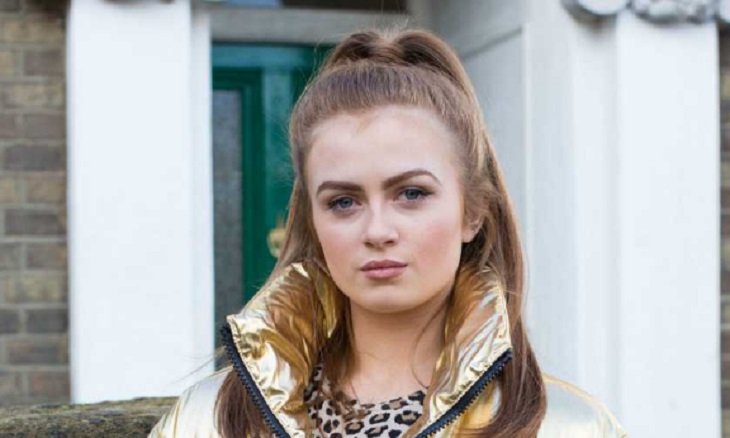 “EastEnders” ended last week with a blast as Tiffany Butcher (Maisie Smith) confronted her attacker, Fraser (Shanu Hazzan), in a powerful and emotional scene that aired on June 21. She was caught off-guard when she saw her rapist in the park.

Later on, Tiffany was seen talking to his uncle Jack Branning (Scott Maslen) and admitted that she saw the man who attacked her again. She then told her uncle that she wanted to return to the park to confront him, which she did despite her uncle’s protest. Tiffany then gave Fraser an ultimatum. She demanded that he leave Walford for good, or she’ll tell the police what he did to her.

EastEnders Spoilers – Tiffany Struggles To Get Back On Track

Viewers may recall that Tiffany kept her secret of being assaulted to herself. However, she eventually told her uncle Jack what really happened to her while she was away from the Square. Jack managed to get her to open up when he confronted her after he found out that two of the gang members she was previously with. Since then, Tiffany has been trying to get her life back on track.

She was with her friend Keegan Baker (Zack Morris) when she saw Fraser in the park. Keegan bolted because he thought Tiffany was into the guy who was dealing drugs. She then told Jack who she saw at the park and decided to go back so she could confront him. She wanted him to know how much she hated him and that despite what happened, he didn’t win. Jack protested against her plan but ended up coming with her to watch her back.

When she came face to face with her attacker, Fraser made crude references to her enjoying while getting assaulted. But Tiffany didn’t stand by it. She said, “I hated it. I froze and you raped me. Yeah, but I’m not frightened anymore. Because you are nothing! You know that? Sell to little kids. You forced me to have sex because you can’t get it any other way. But it didn’t work with me because I’m better than you. Get out of Walford, or I’m going to the police,” she warned.

After the confrontation, Tiffany said she felt some peace and told her uncle “I just want to get on with my life. It’s done. It’s finished.” Although Tiffany tries to move on with her life, her uncle wants to bring Fraser to justice. Will Jack take matters in his own hands?