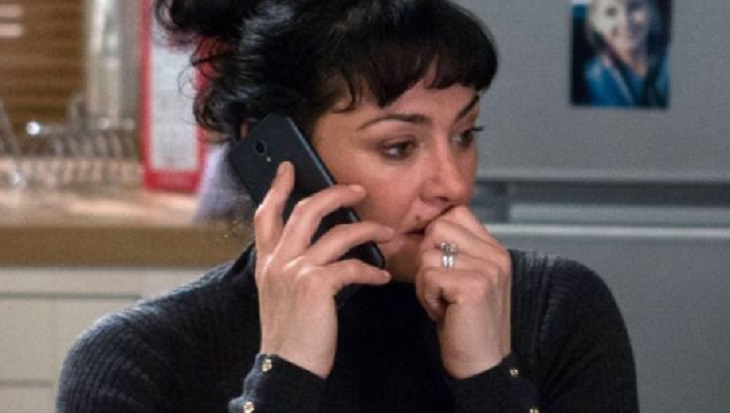 “Emmerdale” viewers are anxious and fearful of a possible affair between Moira Dingle (Natalie J. Robb) and Nate Robinson (Jurrell Carter) that could destroy Moira’s marriage with Cain Dingle (Jeff Hordley). The show hinted that the two may engage in a full-blown affair based on two suspicious scenes that were aired on June 20.

First, the pair looked unsettled as their hands touched when Nate handed back Moira’s phone. Then Nate watched Moira as she arrived home with Cain. The show did not confirm the summer lover affair and simply said, “We don’t comment on storyline speculation.”

Fears of a possible affair between Moira and Nate came about when a source told The Sun Online that “Moira and hunky farmhand Nate give in to their feelings for each other and end up in bed together. It kicks off a steamy affair behind Cain and Amy’s backs – it’s going to be a huge test for Moira and Cain’s relationship.”

NEXT WEEK’S SPOILER PICS ARE UP! Check them out: https://t.co/yUjGVLaRY2#Emmerdale pic.twitter.com/uhNUY3gynb

Moira seemed pretty drawn to the new handsome farm hand and she shot glances at him while he wasn’t looking. With her relationship with Cain on the rocks in recent weeks, the famous couple has been bickering more often. Plus, Cain didn’t like Nate the first time he laid eyes on him.

Meanwhile, Nate has shared intimate moments with Kerry Wyatt (Laura Norton) and Tracy Shankley. Now, he’s got his eyes on another lady, Amy Wyatt (Natalie Ann Jamieson). At first, Nate insisted that they take things slow but after his encounter with Moira, there’s been a sudden change in his plans. He called Amy and invited her to his caravan and said he can no longer wait.

Viewers may recall that Carter said in an interview when he first joined the soap last month that his character is into older women. Although this can be taken as a hint that his alter ego may indeed get himself involved in a romantic yet forbidden relationship with Moira, the actor also noted that his character “likes the ones around his age as well, so I don’t think he’s just for older women. He’s for everyone!”