The Young And The Restless Spoilers: Billy’s Grief Overwhelms Him – Will He Resort To Deadly Revenge? 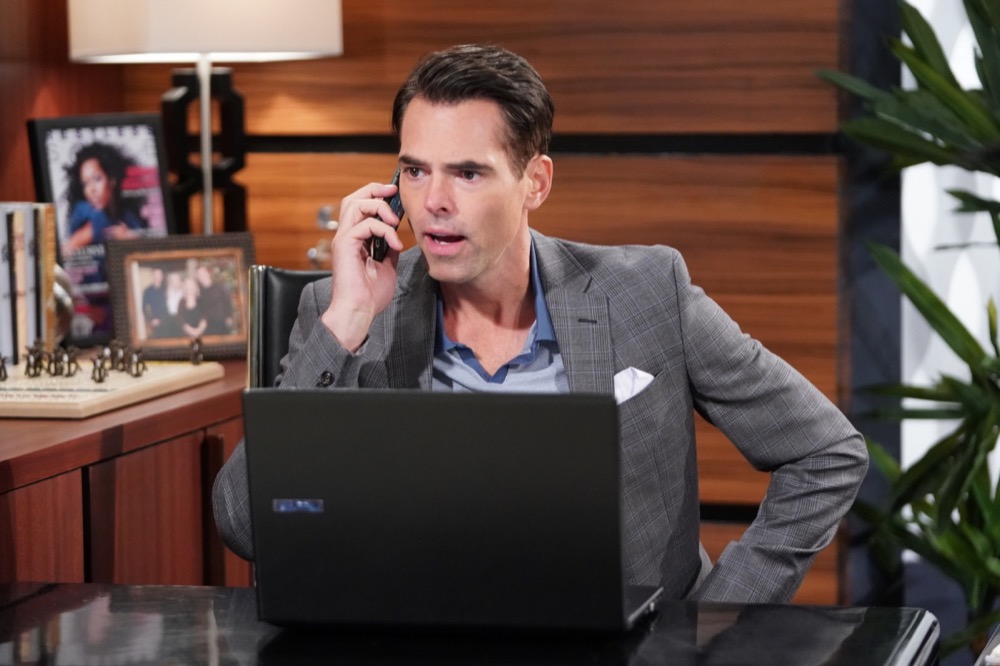 The Young and the Restless (Y&R) spoilers tease that Billy Abbott’s (Jason Thompson) grief will overwhelm him as he tries to deal with the fact that Adam Newman (Mark Grossman) is alive.

When Adam was presumed dead, Billy felt at peace. As awful as it was, he felt that Adam finally paid for what he did to Delia Abbott (Sophie Pollono). Here’s what you need to know about what’s coming up on Y&R.

Billy Abbott Has Been Dealing With Delia’s Death

Billy has been dealing with Delia’s death pretty well. Y&R spoilers tease that he put his life back together and put away his need to self-destruct. In fact, Victoria Newman’s (Amelia Heinle) biggest worry about her brother, Adam re-entry to Genoa City life was that it would cause the love of her life’s world to implode.

The Young and the Restless spoilers suggest that Billy hasn’t moved on from Delia’s death and seeing Adam at her gravesite stirs something in the father. He realizes he hasn’t forgiven the man who took his baby girl’s life.

The last time Billy lost his way with Adam, it resulted in a deadly collision that almost cost him his life. He believed that he killed Adam in the car wreck, only to find out a few years later that Sage Newman (Kelly Sullivan) saved Adam from the wreckage.

Billy Abbott Will Start To Obsess With Getting Revenge

The newest Y&R spoiler teases that Billy will begin to obsess over getting revenge on Adam. He will do his best to hide it from Victoria, as he knows it could be a deal breaker for their relationship.

The Young and the Restless Spoilers: Summer Crashes Lola’s Bridal Shower, Her Behavior Surprises Everyone

Right now, the Young and the Restless spoilers don’t say what will happen next between the men, but it’s clear there is some tension between them. It wouldn’t take much for Billy to snap and lash out at Adam.

There’s always the chance that Billy will try to kill Adam again. While he won’t want to go to jail for the rest of his life, his rage and anger toward the man who he believes got away with murder, may get the best of him. All the Y&R fans know is that Billy’s pent up feelings are bound to come out and when they do it could have deadly consequences for Adam.