The Young and the Restless Spoilers: Summer Crashes Lola’s Bridal Shower, Her Behavior Surprises Everyone 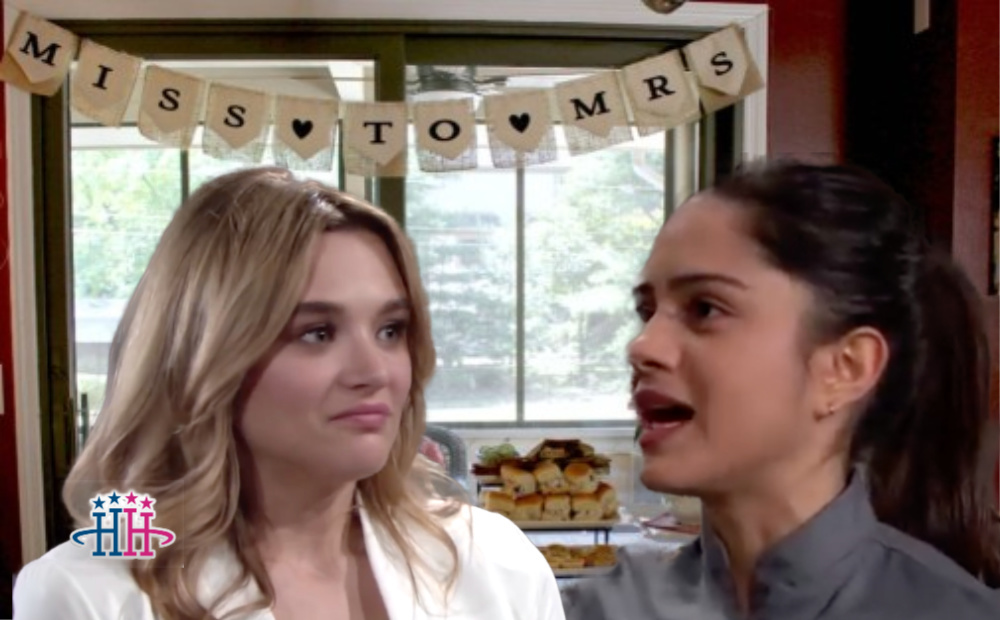 The Young and the Restless spoilers tease that Lola Rosales’ (Sasha Calle) bridal shower will be quite eventful. First off, Lola’s mom Celeste Rosales (Eva LaRue) will show up at the shower, which will come as quite the shock to Lola. It seems that Abby Newman (Melissa Ordway), who organizes the event, will think that it will be a good idea to invite Mrs. Rosales as a surprise for Lola.

Well, Lola will certainly be surprised, and it looks like she’ll initially balk at the idea of her mm being there, but she’ll ultimately be happy to see Celeste. However, there will be another surprise visitor to the shower that won’t be so welcome.

According to Y&R spoilers, Summer Newman (Hunter King) will happen to wander into Society while the shower is going on. Whether Summer crashes the party intentionally remains to be seen, but at any rate, she’s going to see an opportunity to cause trouble at the event.

As Y&R viewers know, Summer was recently dumped and divorced by Kyle Abbott (Michael Mealor), Lola’s fiancé, after donating part of her liver to Lola. Summer has been moping around Genoa City ever since, feeling sorry for herself, and she’s been quite irked every time she sees Kyle and Lola together.

According to Y&R spoilers, Summer will initially intend to cause a scene (or two) at the shower. There’s definitely a side of Summer that will want to ruin the event for the bride-to-be out of sheer jealousy. But then something will happen.

Young And The Restless Last Week In Review: Adam Gives Kevin An Assignment – Devon Has A Panic Attack

Lola will respond to Summer with kindness and ask her to stay at the shower. And then, according to Y&R spoilers, Summer will end up doing something that surprises everyone. Abby, Lola, and everyone else at the shower will probably expect Summer to snark and cause a scene, but it seems that she’ll do just the opposite.

Perhaps Summer is growing up a little, and she’ll have a moment of clarity and realize that she’s better off without Kyle and that Kyle and Lola are truly happy. That is a development that would surely surprise everyone!

Viewers will have to tune in to see exactly what Summer does that surprises, everyone. What do you think it will be?