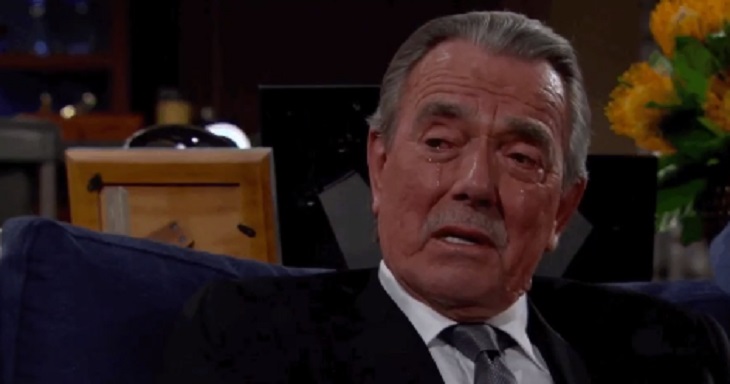 “The Young and the Restless” spoilers for Tuesday, June 25, tease that Nick Newman (Joshua Morrow) won’t appreciate Phyllis Summers’ (Michelle Stafford) visit and reassurance. At Nick’s place, he notes that he was only worried about Phyllis for Summer Newman’s (Hunter King) sake. Nick rants about Phyllis helping Adam Newman (Mark Grossman) with his plot and forces her to leave.

At Dark Horse, Kevin Fisher (Greg Rikaart) resists Adam’s new task. Adam wants Kevin to find out info that’ll make Nick look like an unfit parent. Kevin thinks it’s enough that Adam took Delia Abbott (Sophie Pollono) away from her parents, but he ultimately agrees to poke around. He uses the passwords Adam offers to look for dirt, which leads to a terrible discovery.

Kevin tells Michael about his horrifying find soon after. He notes that this info could hurt a lot of people, so Michael advises him to hold off on giving it to Adam. Michael wants to form an alternate plan first. Meanwhile, Phyllis shows up to see Adam. She brings up “Chance” Chancellor again and doesn’t buy that Adam isn’t nervous.

Adam would prefer to have Phyllis on his side. She accepts the offer to run Dark Horse, but she makes it clear that her edge cuts both ways. Next, Michael is taken aback to find Phyllis in the CEO seat. He takes jabs about her sinking to a new low and hurting Nick, but Phyllis insists she was treated like trash. Phyllis is obviously quite satisfied with where she’s sitting now.

At Devon Hamilton’s (Bryton James) penthouse, he isn’t interested in talking about his panic attack with Ana Hamilton (Loren Lott). Devon brushes off Ana’s worries, so she heads off and shares them with Nate Hastings (Sean Dominic). After Ana brings Nate up to speed, she frets about Elena Dawson (Brytni Sarpy) living in a shrine to Hilary Hamilton (Mishael Morgan).

Young And The Restless Spoilers – Devon And Elena Argue Over Hilary

Back with Devon, Elena confronts him about the panic attack and tries to force a discussion. Devon is saved by a call briefly, but Elena resumes the conversation. She gets Hilary’s dresses out and argues that there’s someone else in this relationship. Elena doesn’t think Devon was ready to sleep with her; he hasn’t truly moved on from Hilary yet. Although Elena can understand and respect that, she feels she deserves Devon’s respect, too.

At Newman Enterprises, Nate informs Victor Newman (Eric Braeden) that his treatments aren’t helping like they need to be. He suggests a new drug that could change that, but it’s highly experimental and has side effects. Nikki Newman (Melody Thomas Scott) is with Victor as he takes in the news.

Afterward, Nick shows up and hears about the drug. He thinks it sounds like Victor’s best chance at beating his rare blood disease. Victor admits diminished mental capacity is one of the side effects. He’s concerned about that, but Nikki and Nick push him to give up control for a while. They feel confident Victor can overcome this illness if he goes for it, so Victor intends to give it a shot.

At the ranch, Adam visits as Victor works on the punching bag. He notes that he wants to check in, but Victor knows better than to believe Adam cares about the family. Adam suggests that others may crumble if Victor dies, but he won’t. Once Victor mentions Chance’s name, he assures Adam that he’s in control. Adam gives the bag a punch before he heads out.

"It’s been great. It’s really nice. I’m so emotional right now, it’s so weird… But it’s been incredible and nobody’s aged. It must be the air, so I guess I’m staying.” – Michelle Stafford (@TheRealStafford) on returning to play the role of Phyllis Summers in @YandR_CBS. pic.twitter.com/EdQ1crfQpH

Unfortunately, Victor seems quite weak once he’s alone. Across town, Nick frets about his father in the park. Nikki feels like now’s her opportunity to step up and protect Victor when he needs her. “The Young and the Restless” spoilers say much more Newman drama’s ahead. We’ll give you updates as other Y&R details and rumors emerge. Stay tuned to see what’s next in Genoa City.