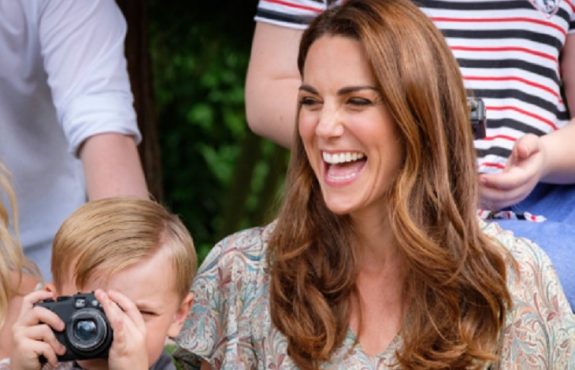 If there’s one thing that you don’t want to do, it’s call the future Queen Consort of England by her maiden name. As a matter of fact, one BBC radio host learned this lesson the hard way after she supposedly forgot to call Kate Middleton by her correct title while talking about the current political climate in Britain on the Brexitcast podcast. Here’s what you need to know.

Laura Kuenssberg was forced to apologize on air after she forgot to call Kate Middleton by her correct title while discussing the two remaining Tory candidates, Boris Johnson and Jeremy Hunt. Both are acting like “quasi Prime Ministers” until one is picked to replace the outgoing prime minister, Theresa May.

The BBC News’ Political Editor said, “Imagine if Johanna Konta gets to the final round of the Wimbledon ladies final. They will be begging for tickets in the Royal Box. Who is going to sit next to Kate Middleton? Oh my goodness, will it be Boris on one side and Jeremy on the other?”

The Royal Photographic Society is one of the world's oldest photographic societies, founded in 1853 with the objective of promoting the art and science of photography.

The Duchess of Cambridge was made an Honorary Member of the Royal Photographic Society in 2017. pic.twitter.com/t7TAtgktLA

It wasn’t until another foreign correspondent pointed out the mistake that had Kuenssberg apologizing almost immediately. Clearly, she didn’t mean any bad will towards the Duchess of Cambridge, but at the same time the slip up was something that could have been easily prevented. We are pretty sure that Lauren Kuenssberg won’t be calling the Duchess of Cambridge by her maiden name anytime soon.

With Wimbledon just around the corner, all eyes will be on the Duchess as she will most likely be the center of attention at this year’s tournament. Last year both Prince William’s wife and Prince Harry’s new wife Meghan Markle made headlines for enjoying the tournament together.

There’s also a strong possibility that the Duchess of Sussex might check out Wimbledon herself this year, seeing that her best friend Serena Williams will be playing. If she does attend, it will be the second public outing for her since giving birth to her son Archie Harrison back in May. Meghan was also on hand to celebrate the Queen’s birthday for Trooping the Colours in early June. So far Buckingham Palace has made no comments about Meghan’s next public appearance.