Days Of Our Lives Spoilers: Arianne Zucker Has Two Faces On DOOL – This Is Nicole She’s Always Wanted To Play! 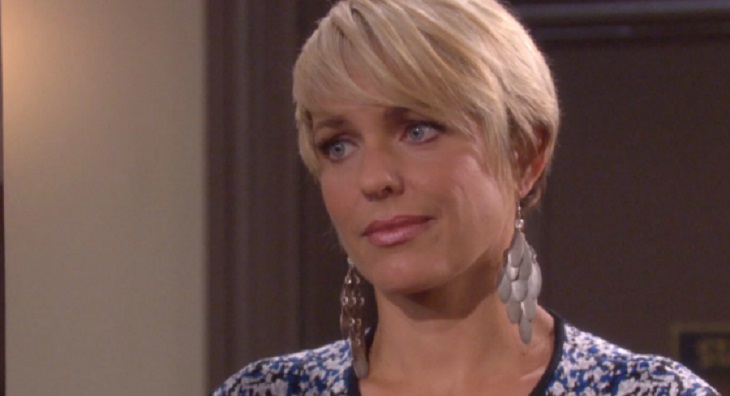 Days of Our Lives (DOOL) spoilers tease that Arianne Zucker was sure that NBC couldn’t throw her a curveball where Nicole Walker was concerned after portraying the character for two decades. But she was dead wrong on that one.

She was blown away that Nicole was really Kristen DiMera (Stacy Haiduk). At first, she wasn’t sure how to pull it off, but she quickly decided to let Haiduk do crazy Kristen and then she will put her own spin on it. She hoped it would mesh well together and so far, it seems to be working for the storyline.

Zucker left DOOL in 2017 to pursue other projects. She had played Nicole, at the point, most of her life. She wanted to see what else was out there for her. While away, she spent time with her daughter, Izzy, who is 9. She noted that her daughter loved the fact that during that time she could drop her off at school and be there when she came home. But she kept hearing what was going on in Salem and she admitted that she wanted to get back to work.

Days of Our Lives Spoilers: Sami And Nicole Catfight Erupts – Will She Pull Kristen’s Mask Off

Arianne felt that there was more to be told between Nicole and Eric Brady (Greg Vaughan), especially since she had read that her true love had fallen for Dr. Sarah Horton (Linsey Godfrey).

Even though Kristen had a hand in Holly’s kidnapping, she doesn’t feel guilty about it. In her mind, since she didn’t actually do any of it except plot her hands are completely clean.

Many DOOL fans are shocked by Kristen’s actions, given that she’s always wanted to be a mother. But the reason she can do this to Holly’s family is she really believes that her actions will give her this huge payoff and it will all work out in the end. She knows eventually everyone will find out that Holly isn’t dead after all.

It sounds like Nicole or is that Kristen will be sticking around for quite a while as the storyline is just getting started. Arianne promised the DOOL fans an exciting summer that you won’t want to miss an episode of Days Of Our Lives because things will get pretty intense before long!