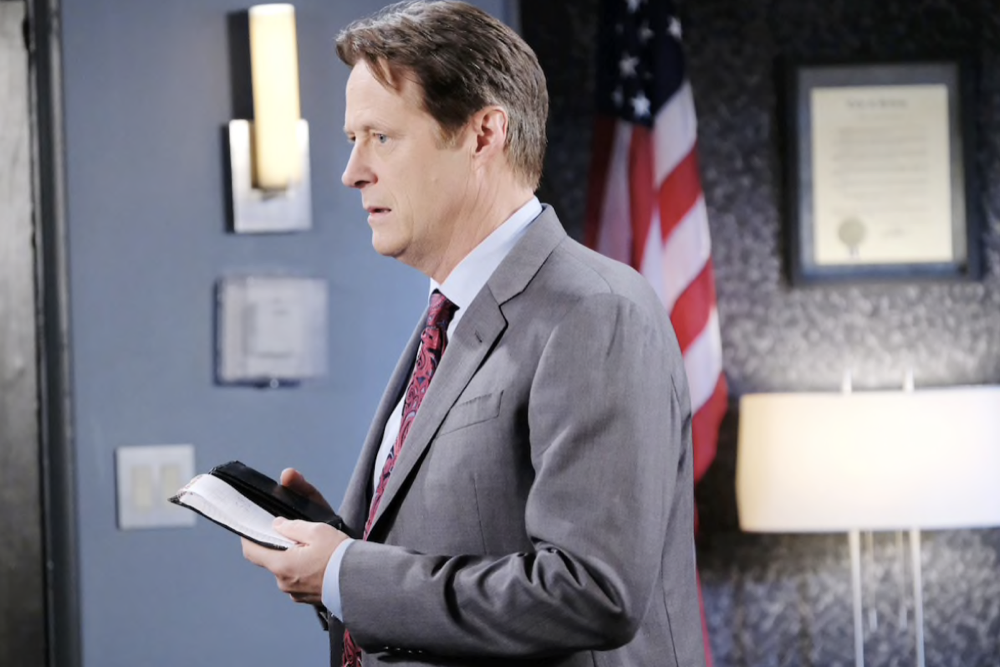 Days of Our Lives spoilers tease that Jennifer Horton (Melissa Reeves), upon finding out that Dr. Wilhelm Rolf’s (William Utay) diary has been found and used to save Will Horton’s (Chandler Massey) life, will tell Jack Deveraux (Matthew Ashford) about it and push him to take some of the serum to get his memories back in Tuesday, June 25th’s episode of Days of Our Lives!

Jack won’t tell Jennifer this, but secretly he is starting to realize that he is being manipulated and controlled by his wife, Eve Deveraux (Kassie DePaiva) and he doesn’t like it. But he’s not sure whether to trust Jennifer either, because of her agenda of getting “her Jack” back when he’s not even sure who that is!

However, the thought of having the ability to get his memories back so that he can think more clearly and make better decisions will intrigue him! He’ll also like the control over his own life that having either the formula or the diary in his own possession might give him.

Of course, Jennifer will be pushy, and Jack might bring up the tumor side effect suffered by Will, and this could be when Jennifer tells him there is an antidote that saved Will’s life, and that perhaps the tumor was caused by the overdose of the serum rather than the serum itself.

Jennifer will do anything to get “her Jack” back and Jack knows it, plus he’s been programmed by Eve not to think for himself. However, he already has made decisions without consulting Eve first recently, having started to rebel against Eve’s control.

This one hurts. #DAYS pic.twitter.com/dYerZGrjoG

Down-the-road spoilers say that Jack eventually will regain his memories whether it be because of the serum or not; he has already been getting little flashes here and there for several months now – mostly when Jennifer has conked him on the head to try and put some sense into him! Whether this has been jump-starting the areas of his brain involved in memory a little, or whether it’s just a coincidence cannot be medically proven, but he will ask more questions about the serum and Rolf’s book before making any decisions about trying the serum in any case!