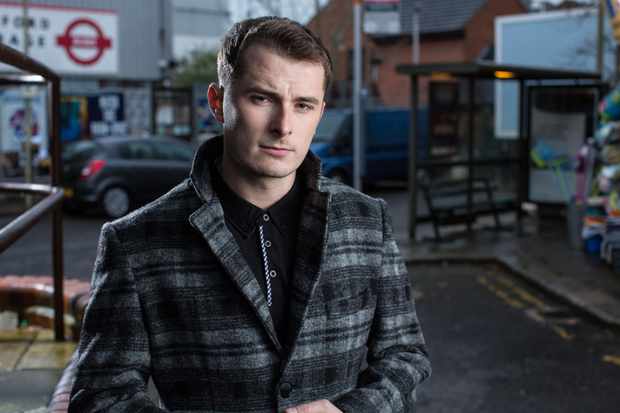 Viewers of “EastEnders” will see Ben Mitchell (Max Bowden) get tangled up in another feud next week, but this time, it’s with Callum ‘Halfway’ Highway’s (Tony Clay) dad Jonno (Richard Graham).

Stuart Highway (Ricky Champ) and Whitney Dean (Shona McGarty) finally convince Callum to meet up with his biological father, Jonno. When he does, he feels relieved that they get along well. When he invites his dad to the Queen Vic, Jonno immediately butts heads with Ben and Phil Mitchell (Steve McFadden). Things escalate from then on.

The following day, Ben, who sees Callum and Jonno back at The Vic, stirs the pot by subtly antagonizing Jonno for what had happened the day before. Mick then points out to Callum that his dad is trouble. Callum then realizes that his father followed Ben to the toilet where they start arguing. Jonno, who is clearly furious leaves The Vic with Callum in tow.

Later, Ben talks to Callum about what had happened and gives him a piece of his mind. His words of advice come from his own experiences with his father, Phil. He then kisses Callum on the cheek, which will shock Stuart. Callum will also be mortified once he finds out that his brother saw him with Ben the night before. Will Ben and Callum’s romantic connection come to an end prematurely as Stuart confronts his brother at the Pride celebrations as to what he’d seen.

Viewers of “EastEnders” know that Callum has decided to move ahead with his plans to marry Whitney, who suggests that he invites his dad to their big day. However, fans also know that there is a brewing romance between Callum and Ben. They are obsessing with the pair’s “illicit romance.” One viewer even said, “I can’t deal with the tension between Ben and Callum” while another one wrote “Officially obsessed with Ben and Callum. Please send help.”

But with Callum’s sociopath brother, Stuart, seeing Ben kiss Callum on the cheek, their relationship may end before it even started. This is supported by Clay’s previous statement that in the upcoming episodes of “EastEnders,” his character will be caught up between his brother Stuart and his lover Ben.