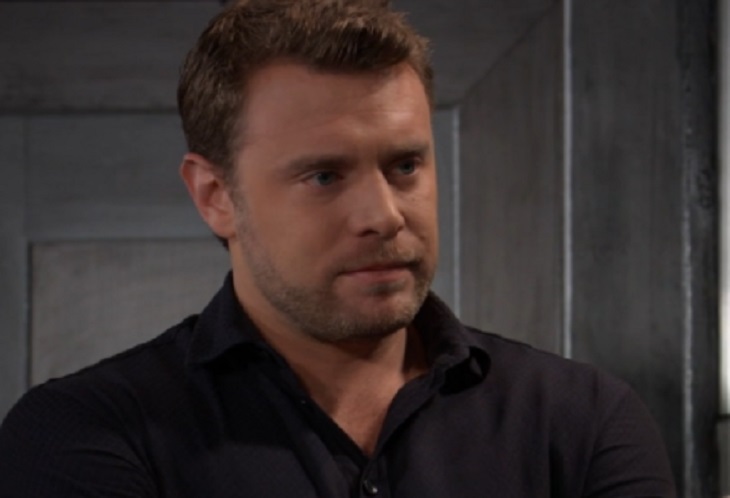 General Hospital spoilers tease that Drew Cain (Billy Miller) may regain at least parts of his memories on his own soon and be able to help take down Shiloh Archer (Coby Ryan McLaughlin) because of those memories.

General Hospital viewers know that Drew has been avoiding trying to retrieve them through the memory mapping program and the flash drive because of the danger of losing his newer memories, that he had made since he came to Port Charles several years ago. He certainly doesn’t want to forget his time with Sam McCall (Kelly Monaco) and their daughter Emily Scout Cain (Palmer and Poe Parker), especially since he just lost his son, Oscar Nero Quartermaine (Garren Lake Stitt) recently!

General Hospital Spoilers – Drew Could Be Missing Piece Of The Puzzle

However, there are things that Drew being able to remember would go a long way toward the protection of another child, one he doesn’t even realize he’s related to – Wiley Cooper-Jones aka Jonah Corinthos (Eric and Theodore)!

Of course, no one else in “Wiley’s Army” except Brad Cooper (Parry Shen) knows Wiley is really Jonah, Drew and Jason Morgan’s (Steve Burton) nephew Michael Corinthos’ (Chad Duell) baby with Nelle Benson (Chloe Lanier), who of course knows also, having instigated the baby switch to begin with when she met Brad Cooper on the road with the original Wiley, who died.

There have to be some things in Drew’s hidden memories that could bring down Shiloh, because Shiloh has been very interested in knowing whether Drew remembered anything about him or their supposed time together in Afghanistan.

But Drew could have some things in his past that he would not be proud of either, and gossip by anonymous sources on GH forums quote Billy Miller as not liking the direction writers might take Drew when his memories come back and that’s why he wanted to leave GH; still, nothing is written in stone, including Billy’s exit from GH over Drew’s direction.

This is still a rumor until confirmed by Billy himself or GH/ABC. However, if Drew does regain memories that could take Shiloh down, such as remembering that it was him who kidnapped him and sold him to Cesar Faison (Anders Hove) for the twins memory mapping project, or remembers Shiloh saying something incriminating about himself with no statute of limitations, such as a murder, that could be very helpful information to bring Shiloh to justice for good!