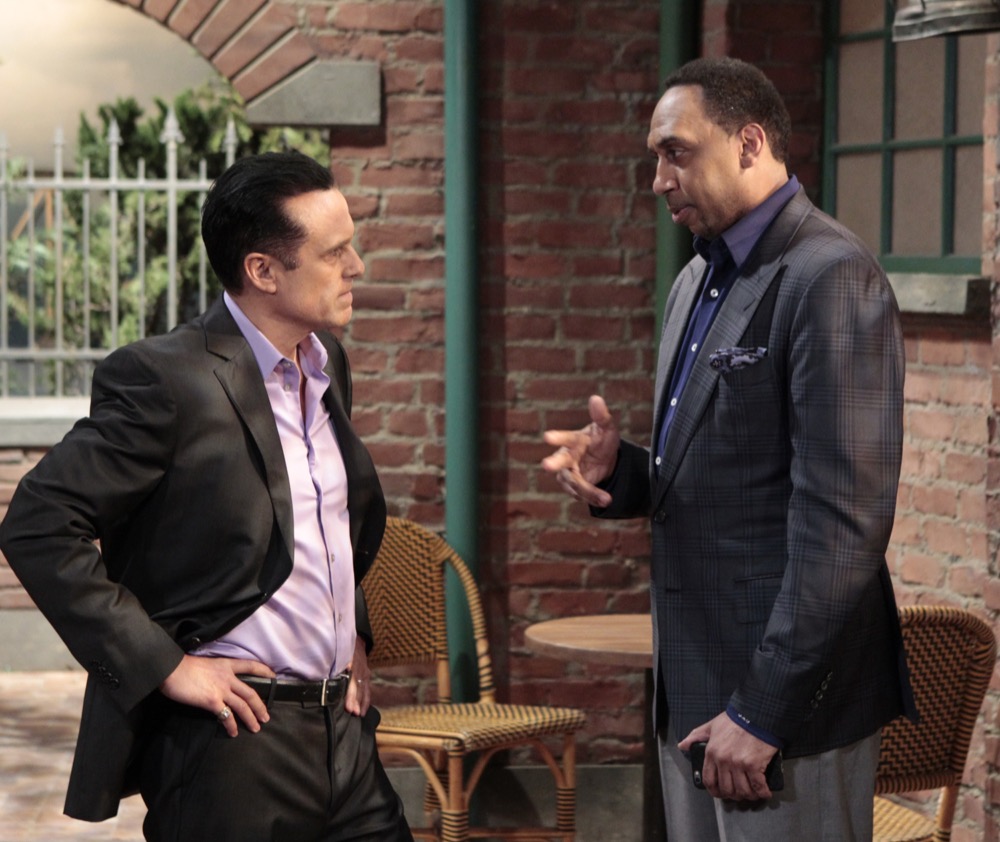 General Hospital spoilers tease that Sonny Corinthos (Maurice Benard) will enlist some extra help to keep an eye on Josslyn Jacks (Eden McCoy) now that there’s a teenage boy living in the Corinthos house for the summer! He’ll contact someone in Tuesday’s episode of General Hospital!

Sonny Corinthos Cautious About Joss and Dev Being Alone

It’s not that Sonny doesn’t trust Josslyn, it will likely be more along the lines of making sure that his “cousin” Devin (Ashton Arbab) toes the line, and walks the straight and narrow, especially if the two have to be alone in the house, as frequently happens.

Usually, the nanny is busy with Avery Corinthos (Ava and Grace Scarola), Sonny’s out doing what Sonny does, and Carly Corinthos (Laura Wright) will still want to stay working at the Metro Court for a while. The outside security is in place, but that doesn’t help a lot for inside security, so Sonny will call in some reinforcements!

Sonny Corinthos Waiting On A Call From Brick

General Hospital spoilers for the first week of July say that Sonny will be waiting for a call from Brick (Stephen A. Smith) but whether this is related to extra security for Joss or some other situation perhaps involving Shiloh Archer (Coby Ryan McLaughlin) and protection for Wiley Cooper-Jones (Eric and Theodore) is unclear at this time.

Sometimes Brick does private investigation work as well, and he might be having him dig up intel on Dev. Brick has done cyber intelligence like Damian Spinelli (Bradford Anderson) does, security work, and special projects that can use his expertise, so the call from Brick may or may not have anything to do with extra security for Joss.

Either way, both Sonny and Carly will want Joss to feel safe with this new “relative” that they know relatively nothing about staying with them for the summer, and Sonny will make sure that someone is there providing extra security inside the Corinthos compound and keeping an eye on things – especially two teenage opposite sex “things”! This person will have to have the unique abilities to chaperone without being noticed as a chaperone, provide security if security is needed, and be of the type of personality that “Devin” won’t be mistrustful of and Joss won’t be annoyed by!