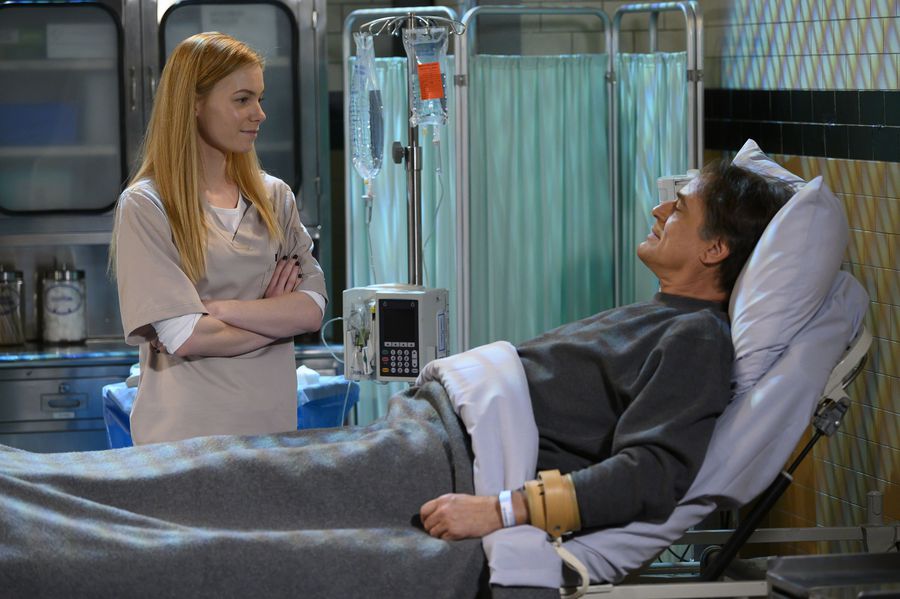 Jon Lindstrom said he enjoyed reprising the role of Kevin Collin’s evil twin, Ryan Chamberlain on “General Hospital” and that he’d love to do it again if given the chance. He explained that although he was also surprised by the character’s popularity, what shocked him the most was how well the viewers of the soap remembered his character.

Jon told ABC Soaps In Depth, “I got tweets, Facebook messages and all sorts of things on social media sent to me saying, ‘I remember when [Ryan’s reign of terror] was first going on, and I’m so happy to see it again. It’s even better this time. I’m having such a good time watching you.’ That really caught me off guard, because it was 25 years ago. That tells me that the core audience of GH is still watching!” Lindstrom added, “Rarely, do you get to play a part that’s so colorful and so full of delicious twists and turns.”

Lindstrom is not only an American actor but also a successful writer, director, producer, and musician. His love for acting developed at an early age and that’s why it’s no wonder he went to the University of Oregon to study theater and music. After graduation, he pursued his passion and studied with some of the well-known acting teachers today, including Stella Adler and Lee Strasberg. Lindstrom has worked both in front of the camera and behind the scenes.

His TV credits include “As the World Turns” where he received an Emmy nomination for Lead Actor in a Drama Series. He’s also popular for his role as the twin brothers, Dr. Ryan Chamberlain, and Dr. Kevin Collins, in ABC Daytime’s soap opera “General Hospital.” He also appeared on “NCIS,” “Drop Dead Diva,” “Blue Bloods,” “CSI: Crime Scene Investigation,” and “Everwood.” His movie credits include “What Happens Next,” and “The Double Born.”

Do you think Shiloh can change his ways for the better? https://t.co/aKExDQZZZK