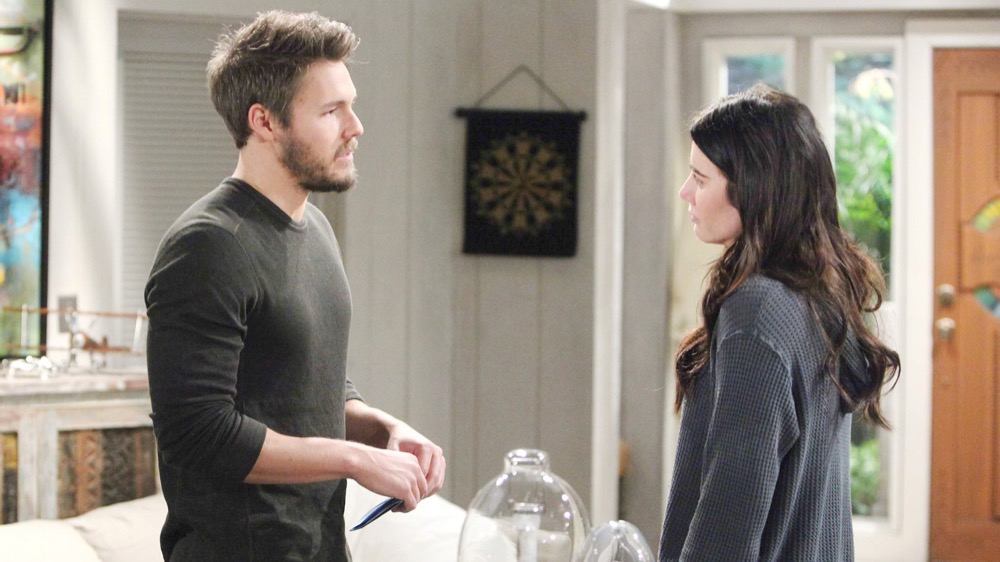 It’s not that Liam Spencer (Scott Clifton) stopped loving Steffy Forrester (Jacqueline MacInnes Wood) on ‘The Bold and the Beautiful’. It’s just that his feelings for Hope Spencer (Annika Noelle) were and remain stronger. However, circumstances have changed with this trio, which is why ‘Steam’ is more than a dream for fans of that one-time pairing.

Liam and Steffy will revive the passion they’ve shared, with some breaks, through the years. Viewer’s feelings about this inevitable event will be confirmed.

In recent weeks Hope told Liam to return to Steffy, which was a character switch from last summer. B&B fans recall that Steffy told Liam to leave her and be with Hope. That led to ‘Lope’s’ reunion and expectant baby.

Digitally skip to this spring and it didn’t take long for Liam to go back to the cliff house. Steffy made the offer after Hope’s intentions were stated and reinforced. Liam left the cabin, where he had one last dinner with Hope and moved in with both of his biological daughters, though he believes only one of them is his child.

It’s true that Hope wanted to see Liam raising the girls. She also wants him to rekindle his relationship with Steffy, which he now appears to be doing.

The ruthless baby swap, which involves manipulation of reality, mainly by Reese Buckingham (Wayne Brady) and now also by Thomas Forrester (Matthew Atkinson), has created this dynamic. The timing of its exposure will determine just how full a ‘Steam’ reboot becomes.

Romance is in the early summer air, meaning that ‘Steam’ will advance. It was bound to happen because of the past and more recent history both characters share. Their bond goes well beyond co-parenting Kelly Spencer (Zoe Pennington and Allison Marcia Sweeney) and now, Phoebe Forrester (Madeline Valdez and River Davidson).

Unless a surprise reveal happens in the next few weeks, where Phoebe is unmasked as Beth, this looming issue won’t stop ‘Steam’s’ progress. The longer Liam and Steffy remain together the more it will then become possible that ‘Lope’ won’t instantly reunite once they learn their child wasn’t stillborn.

Hope is getting what she is forcing herself to want. Yes, Liam and Steffy are moving beyond parenting Kelly and Phoebe.