The Bold and the Beautiful Spoilers: Wednesday, June 26 – Emma Is Remembered – Brooke Remains Suspicious of Thomas 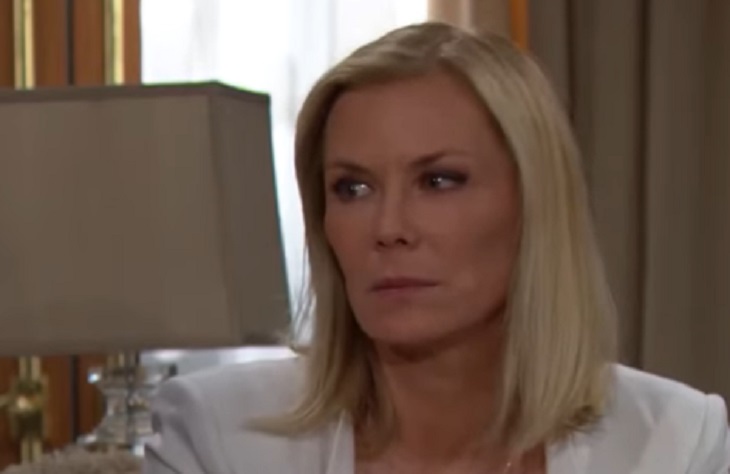 The Bold and the Beautiful spoilers for Wednesday, June 26, tease that the Forrester, Logan, and Spencer families with gather to honor and remember one of their own. As B&B viewers know, Emma Barber (Nia Sioux) died after she lost control of her car and drove over an embankment on Mulholland Drive with Thomas Forrester (Matthew Atkinson) in close pursuit.

Of course, Emma was speeding because she was on her way to tell Hope Logan (Annika Noelle) that her daughter is actually Phoebe Forrester (River Davidson and Madeline Valdez). Thomas heavily contributed to the accident, then callously left the scene.

On Wednesday’s episode of B&B, various family members will gather together to pay their respects to Emma’s memory. It will be a terrible shock for everyone, since Emma was so young with her entire future ahead of her. Emma was Justin Barber’s (Aaron D. Spears) niece, so she was considered family to the Forresters, Spencers, and Logans.

According to B&B spoilers, Quinn Forrester (Rena Sofer), Eric Forrester (John McCook), Steffy Forrester (Jacqueline MacInnes Wood), and Hope will offer each other comfort during this very sad time. Each worked closely with Emma at Forrester Creations, and they’ll really feel the loss as they share memories and remembrances of her.

As B&B viewers will remember, Emma was an integral part of the Hope For The Future (HFTF) line, and she created an original dance routine that was featured during a HFTF fashion show. The Forresters will surely reminisce about Emma’s great contributions to the line and to Forrester in general.

Emma’s best friend Tiffany (Maile Brady) will also make an appearance on Wednesday’s B&B episode as well. Look for Emma’s death to take a terrible toll on Tiffany, as she struggles to process the loss of her friend and confidante.

Meanwhile, on Wednesday’s new episode of B&B, Brooke Forrester (Katherine Kelly Lang) will reel from the news she just heard from Pam Douglas (Alley Mills). As B&B viewers know, during Emma’s final minutes of life, she argued with Thomas at Forrester Creations, and Pam walked in on the tail end of their argument. Emma then left, and Thomas took off after her.

Well, Brooke was interested to learn these details. She doesn’t trust Thomas, and it will just seem weird to her that Emma died shortly after a tense interaction with Thomas. She won’t be able to put the whole story together because she has no idea about Hope’s daughter being alive, but she’ll know that something is up.

But since a family gathering might not be the appropriate place to start floating theories about what might have happened to Emma, Brooke might just hold onto her suspicions for the time being. But it will be interesting to see how she reacts to Thomas, and whether she decides to quiz him about what he and Emma were discussing before her death.