Young And The Restless Spoilers: How Far Will Kevin Go To Protect Chloe? 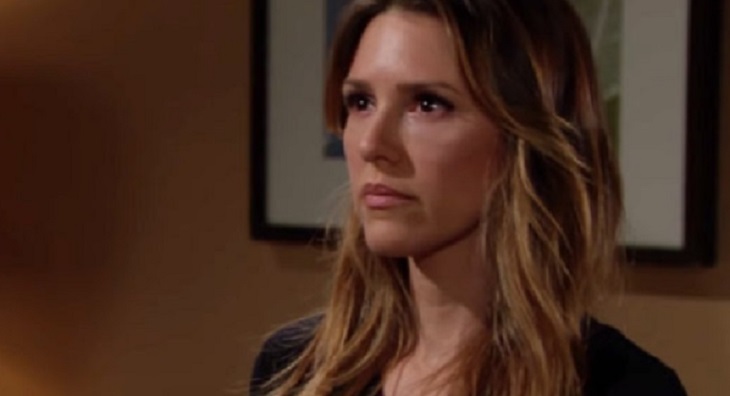 The Young and the Restless (Y&R) spoilers tease that Kevin Fisher (Greg Rikaart) is worried sick about his wife, Chloe Mitchell (Elizabeth Hendrickson). He knows that Adam Newman (Mark Grossman) kidnapped her and he just wants to see her to make sure she is really okay.

The fact is, with Phyllis Abbott’s (Michelle Stafford) escape, Kevin doesn’t have anything to trade with Adam for his wife. So, he will have to play Adam’s game and he will work hard to talk him into letting her go.

Adam wants Kevin to dig up dirt on Victoria Newman (Amelia Heinle) and Nick Newman (Joshua Morrow). All he wanted to know about Victoria is if she was planning on Adseeking a revenge plot against him for stealing Dark Horse from Nick’s hands.

And, if Kevin does it, he will get to see Chloe. Y&R spoilers tease that typical of Adam, he ups the ante and asks the computer whiz to help him get dirt on Nick. He wants any scoop he can use against him in the custody case that would give him a edge.

Kevin isn’t comfortable with giving Adam information that could rip a boy from his father. But as Adam points out, Christian is his son, not Nick’s. Even so, Kevin says that Christian and Nick are close, and he doesn’t want any part of taking the tot away from him.

Young And The Restless Spoilers – Kevin Begs To See Chloe

The whole situation sounds like Chloe’s with Delia Abbott (Sophie Polono). Y&R spoilers state that she lost her little girl and Adam was the one who “kept” the child from her by accidentally running her down on that snowy night.

And, Kevin points out, now their daughter Bella is without her mom, and Adam is refusing to let her go. He wants the suffering to end and for his wife and daughter to be together.

Finally, Adam sees things Kevin’s way. He has sympathy for their loss, and he wants Chloe to be able to raise her daughter.

Y&R spoilers tease that Adam wonders what releasing Chloe would mean for him. He points out how many times she’s tried to kill him. Kevin bargains by asking if he can just see her. He understands why he’d feel anxious about releasing her.

Adam finally agrees to let Chloe and Kevin see each other. He knows it’s the right thing to do. Can Kevin convince Chloe to let her vendetta against Adam go? Will Adam let her leave to Seattle to be reunited with her daughter?